Bronzeville consists of: Grand Boulevard, Douglas and The Gap.

An iconic neighborhood with a significant past, Bronzeville’s 20th century resurgence is responsible for notable social and cultural advances, including civil rights, jazz, blues, and gospel music. Once home to many of the country’s historic figures—from Pulitzer Prize recipient Gwendolyn Brooks, and civil rights activist Ida B. Wells—Bronzeville is a vibrant neighborhood dedicated to the revitalizing and support of community initiatives. Situated among trendy coffee shops and fine dining, one can find spectacular displays of architecture dating back to the Victorian era. Primarily built in the late 19th century, these mansions represent an extraordinary display of Gothic, Romanesque, and Queen Ann styles. Open spaces, architectural renovation, and an array of historical landmarks have added to the neighborhood’s allure, drawing a wide variety of organizations and businesses to Bronzeville.

A neighborhood in the midst of a cultural renaissance, Bronzeville's buildings which date back to the magnificent 1920s are being restored, preserved and taking their place on historic building registries. Open spaces, architectural renovation, renewed interest in the arts, and a cluster of historical landmarks are key to this Chicago neighborhood's intriguing allure.

In Bronzeville, it seems every other corner houses a historical building, a monument, a nationally documented landmark, or a gorgeous public park. The sense of ancient beauty locked into the details of these brick buildings, stone sculptures and wide boulevards is carried through the rest of Bronzeville's architecture.

Current real estate rehabilitation projects are changing the face of Bronzeville's residential areas. In razing the dense construction of the Robert Taylor Projects, a cluster of high-rise apartment buildings, large expanses of land are opening up for fresh new developments in and near Bronzeville. However in the midst of modern condominiums, historical brownstones, ornate Victorians and stately townhomes remain a staple of Bronzeville's housing selection.

Generally speaking, condos in Bronzeville start in the low $100,000s for a one-bedroom and can reach up to the mid-$400,000s for something with more space. These include vintage brick flats and new-construction mid-rise units with luxury amenities and upgrades. Three-bedroom Bronzeville townhomes range between $400,000 and the upper $600,000s, and a three-bedroom detached single-family home can be even less for an older one-story house although many of the new model or rehabbed places are in the mid $300,000s to mid $500,000 range. Several sought-after Bronzeville streets like King Drive are lined with sought-after properties that well surpass the million dollar price tag.

The neighborhood name Bronzeville came around in the year 1930. Still tied to an identity based on skin color, it is widely believed that James J. Gentry, the publisher of the Chicago Bee newspaper, coined the term in efforts to more accurately describe the complexion of the community's residents. In addition to the name change, Gentry suggested having an annual contest to select a Mayor of Bronzeville. The radical newspaperman started writing for the Chicago Defender which latched onto the contest, helping to promote the unofficial mayoral campaign. High profile names, like Thomas A. Dorsey, a mentor of Mahalia Jackson, and Cora Carroll, an extremely successful businesswoman, competed or were simply chosen to fill the position which carried a high level of civic pride and community responsibility, despite its unsanctioned political standing.

Over the years a number of famous African Americans have come out of Bronzeville. Andrew Rube Foster began his baseball career fresh out of eighth grade. The baseball leagues were still segregated at the time, but Foster enjoyed a tremendous career as a professional athlete and was instrumental in the formation of the Negro National League (NNL). Also from Bronzeville, Ida B. Wells became one of the country's leading civil rights activists through her work as a journalist and an organizer of the NAACP; Bessie Coleman was the first African American woman pilot; before Gwendolyn Brooks, the first African American recipient of the Pulitzer Prize. A young man by the name of Louis Armstrong dazzled audiences with his gifted musical talents playing the trumpet and leading bands in the swinging Bronzeville nightclubs.

Today, the neighborhood is experiencing a revitalization with tremendous care and respect for the traditions of its past. Rehab projects and modest gentrification have a hand in the current revitalization of this culturally rich neighborhood. Coffee shops are replacing bars while guided tours escort visitors through a historic journey of Bronzeville's gorgeous architecture-places like the Chicago Bee Building, Illinois Institute of Technology's historic campus, and the Ida B. Wells/Ferdinand Lee Barnett Home.

The gateway to Bronzeville neighborhood is the Bronzeville Walk of Fame (S. Dr. Martin Luther King Jr. Drive from 25th St to 47th St). This 1.5-mile stretch contains 91 bronze plaques commemorating famous African Americans and outstanding members of the community. Welcoming folks to indulge in the neighborhood's noteworthy landmarks and culture, a large bronze street map allows visitors to pinpoint over 100 historic locations within Bronzeville's borders and 24 sculpted benches invite passersby to sit down and rest taking in the history surrounding this unique Chicago neighborhood. A stroll through the area will bring you across an intriguing sculpture by Allison Saar called Monument to the Great Northern Migration. The fifteen-foot statue of a man in a suit is made entirely out of shoe soles (a medium selected for the difficult journey many African Americans made from the south, generally on foot). He carries a suitcase representing his dreams of a more peaceful existence in the north.

The Sights of Bronzeville 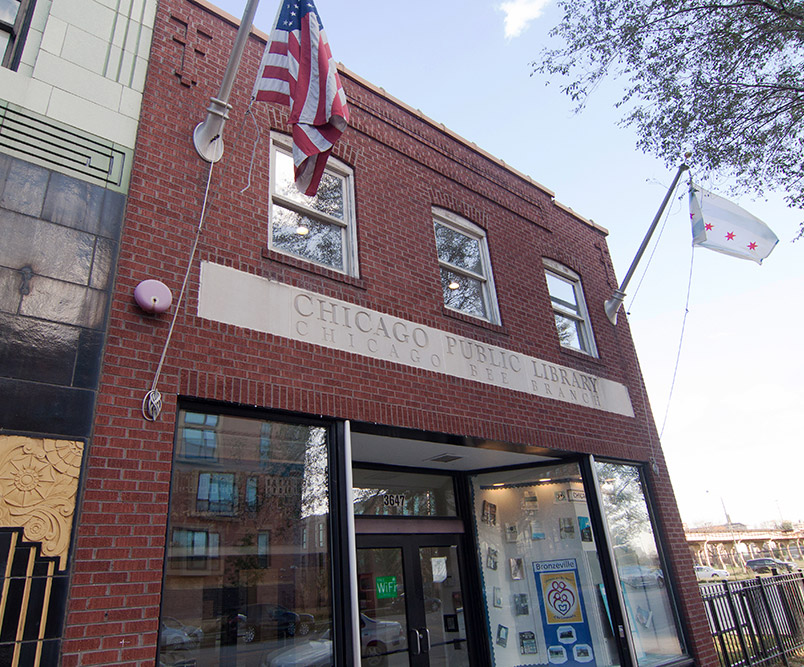 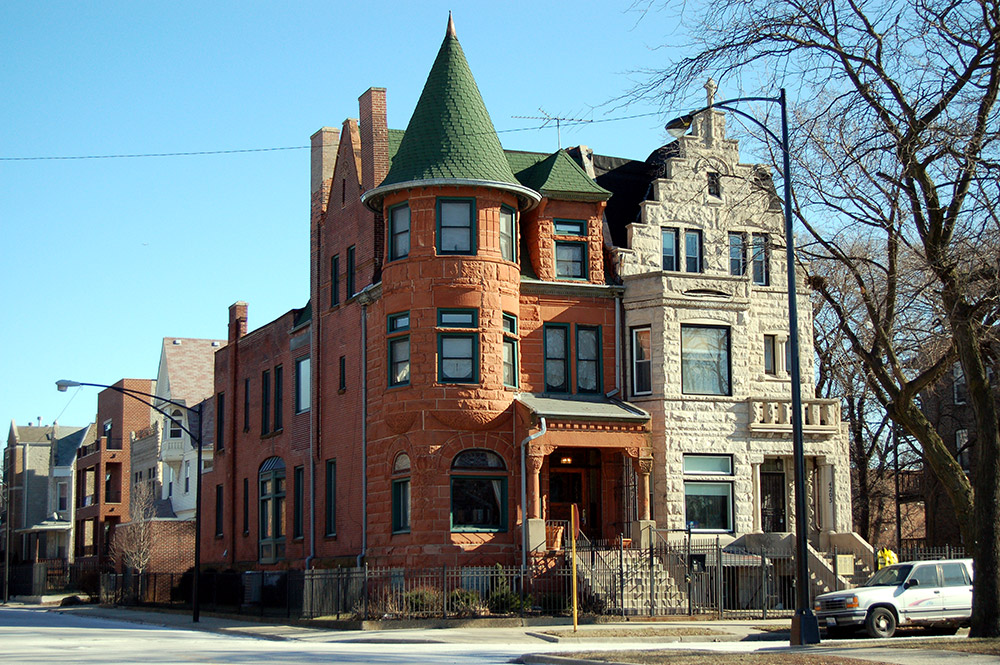 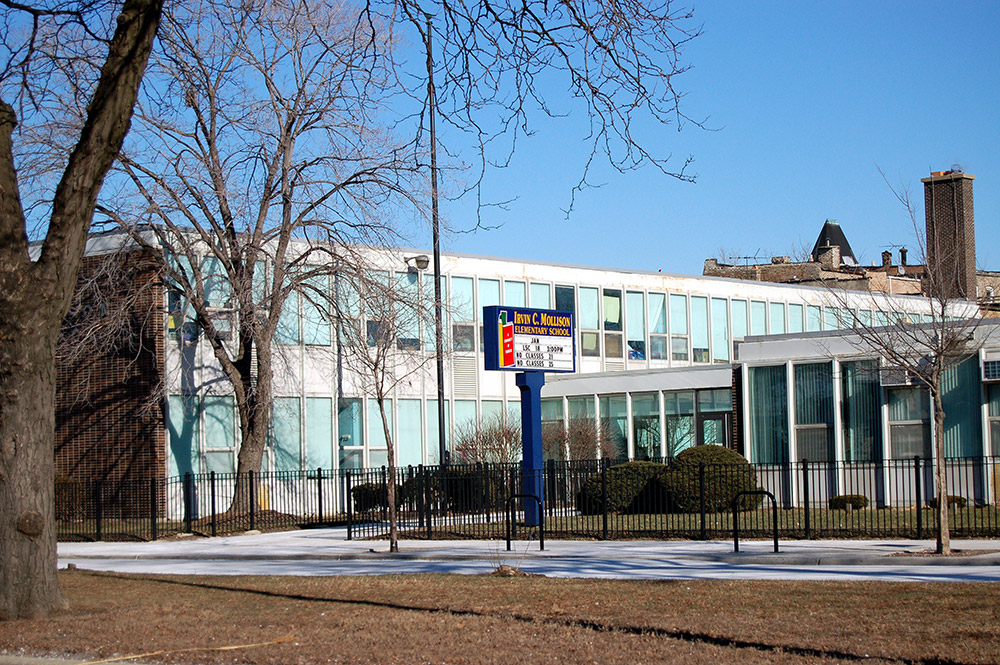 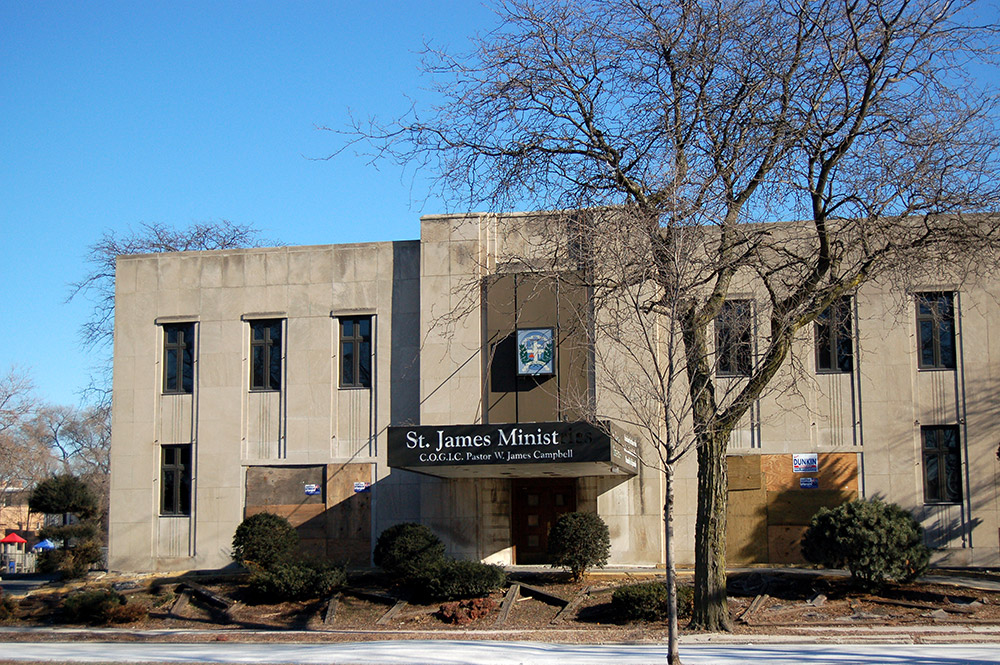 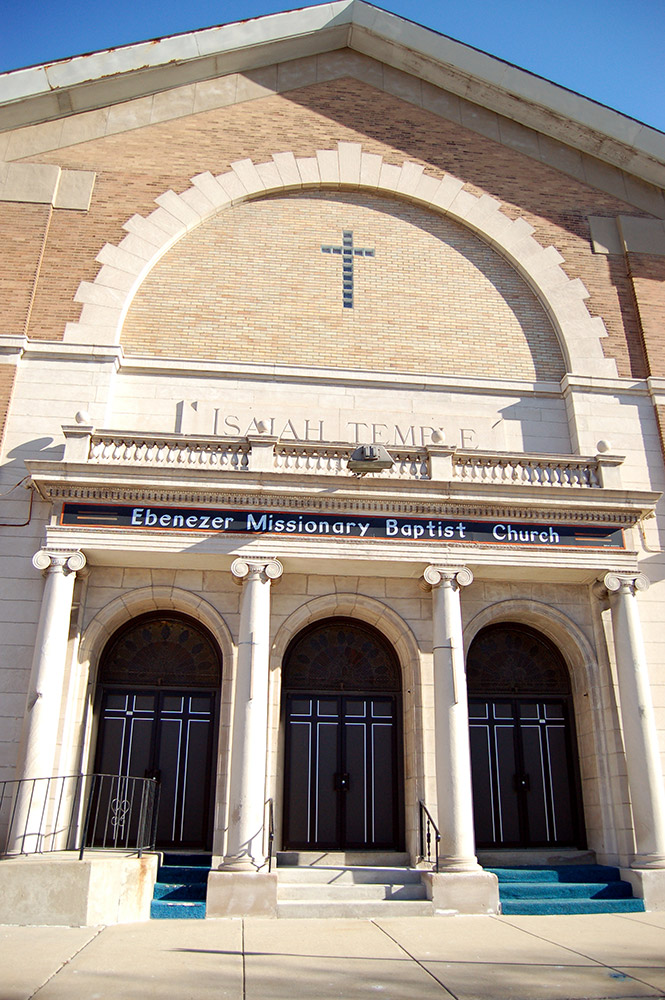 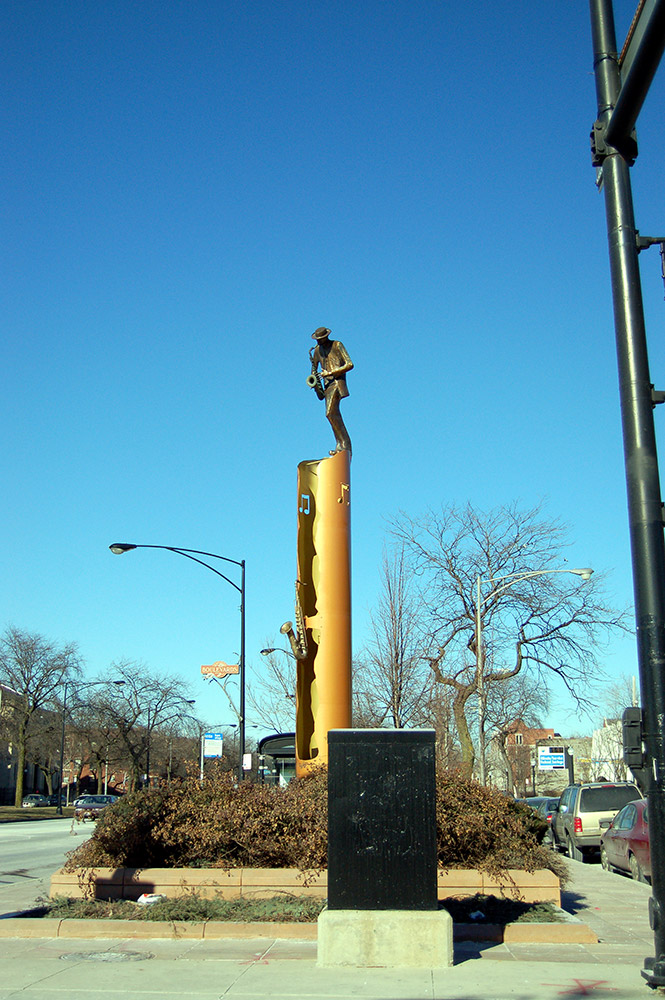 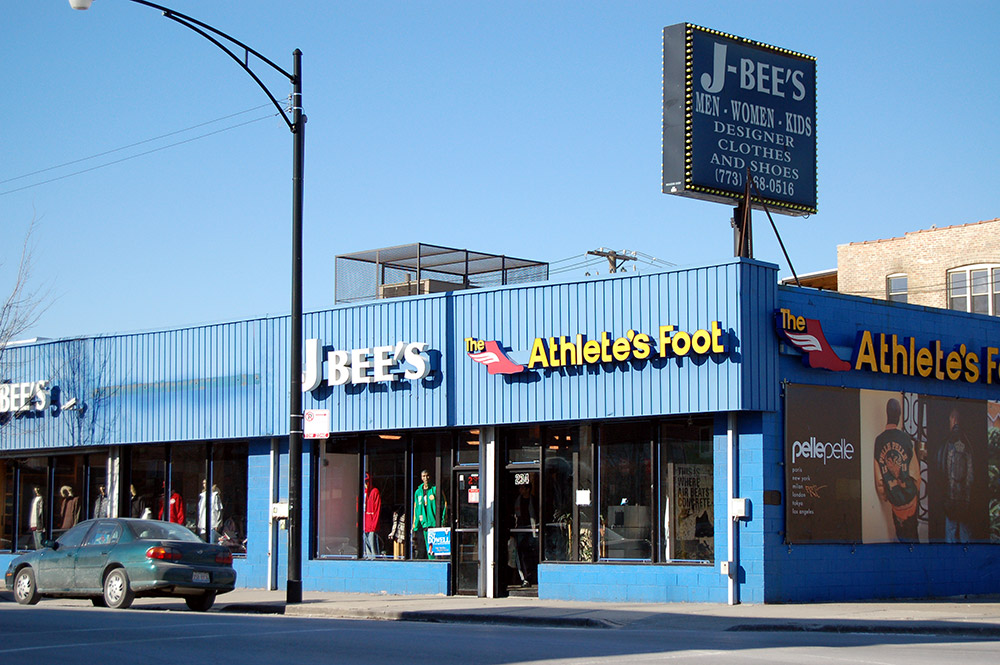 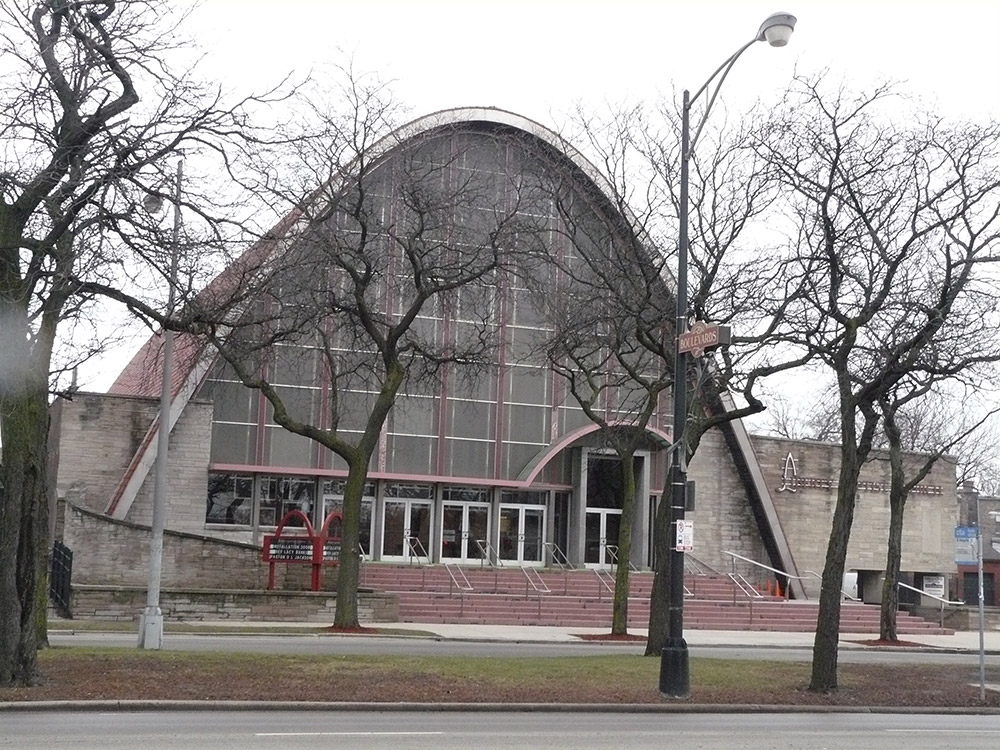 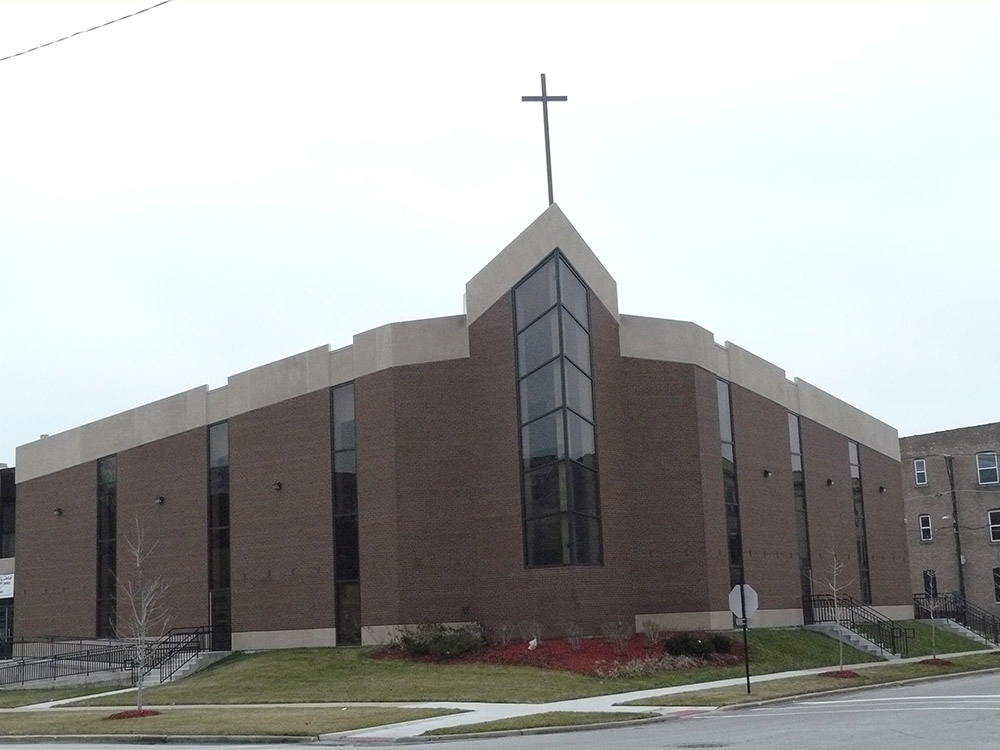 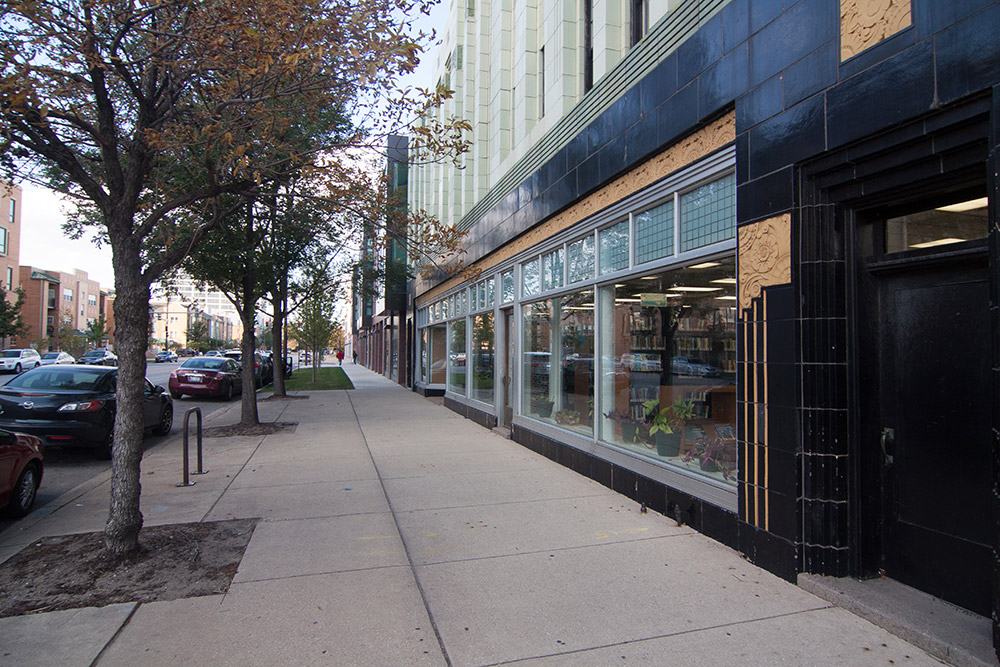 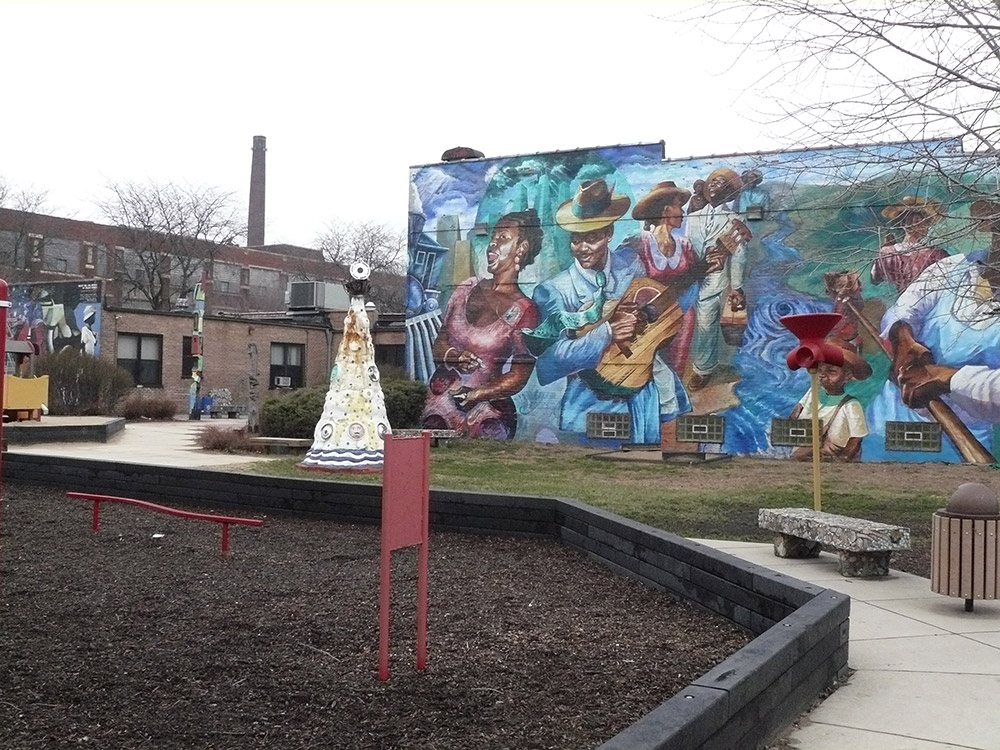 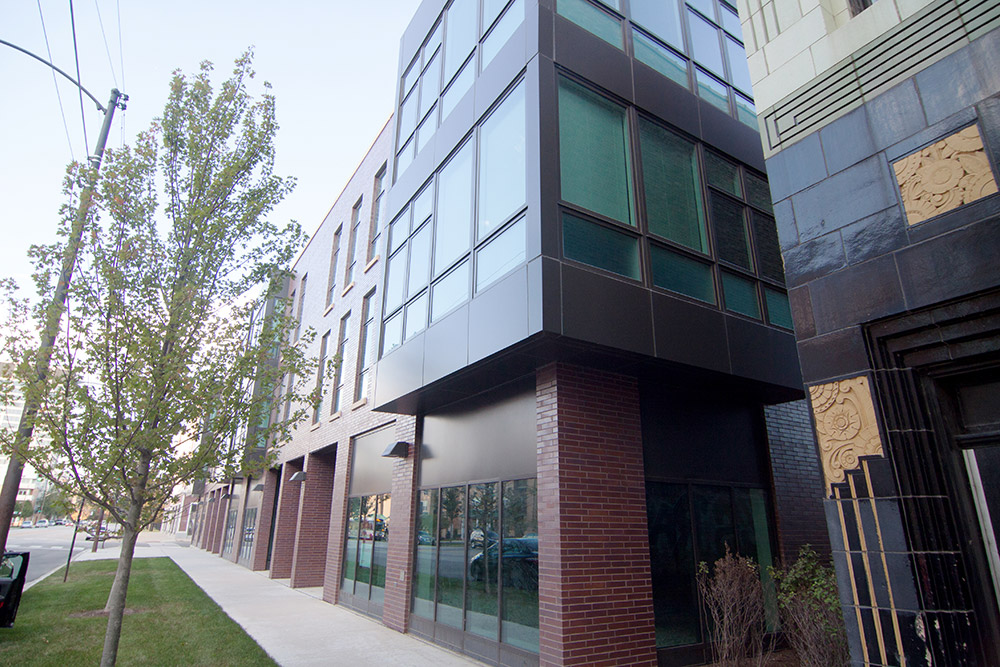 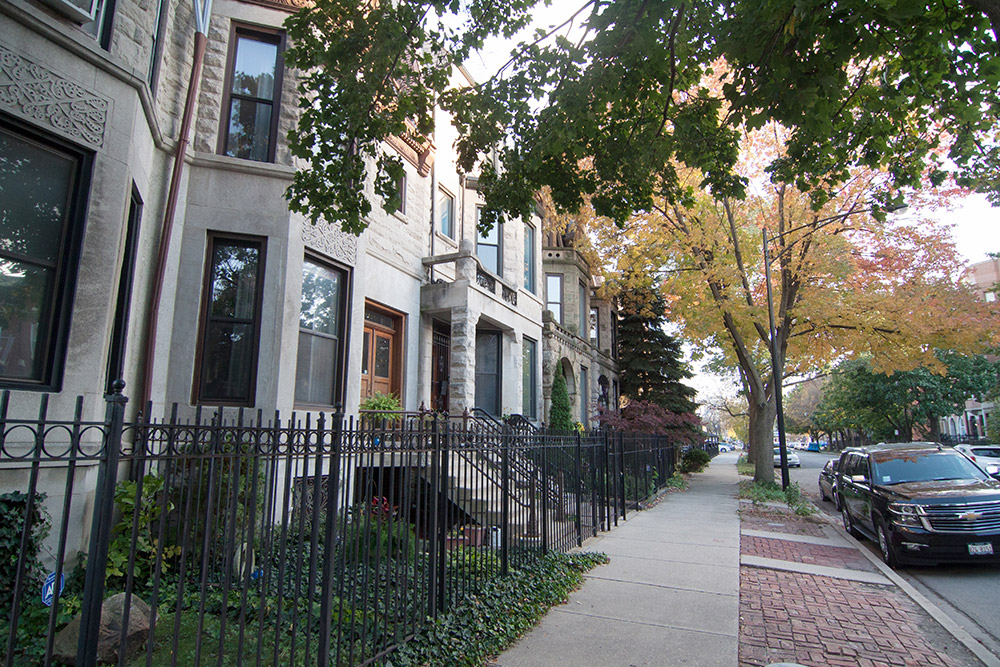 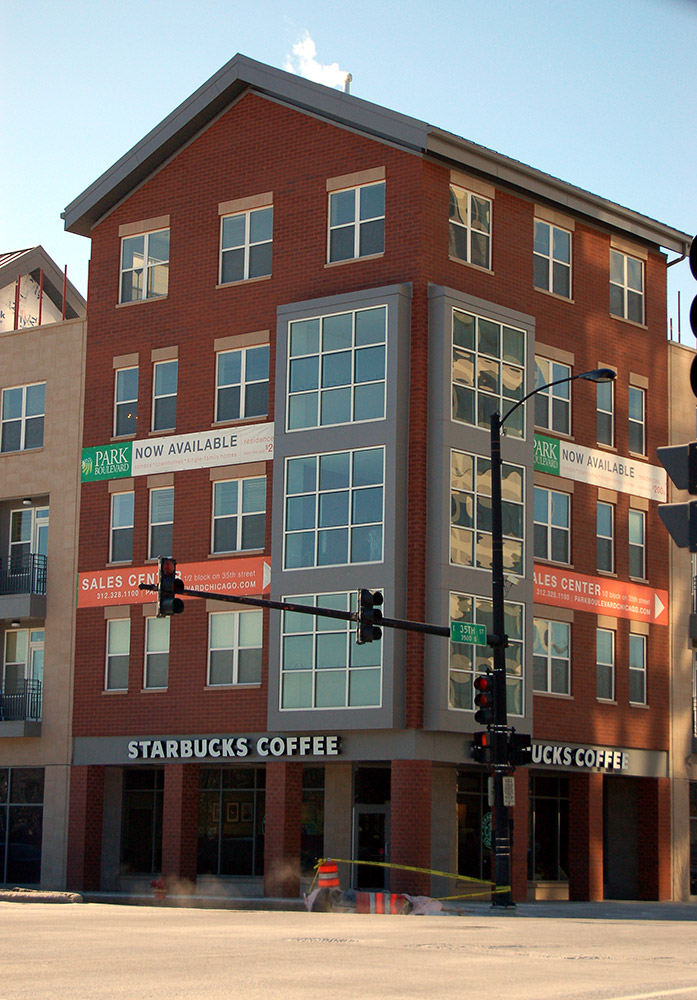 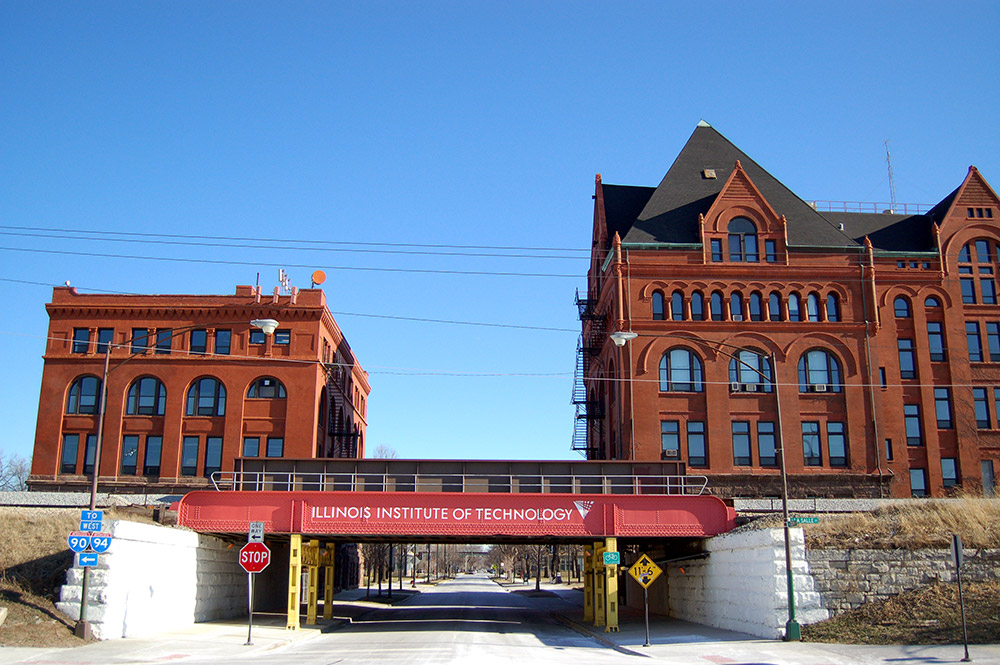 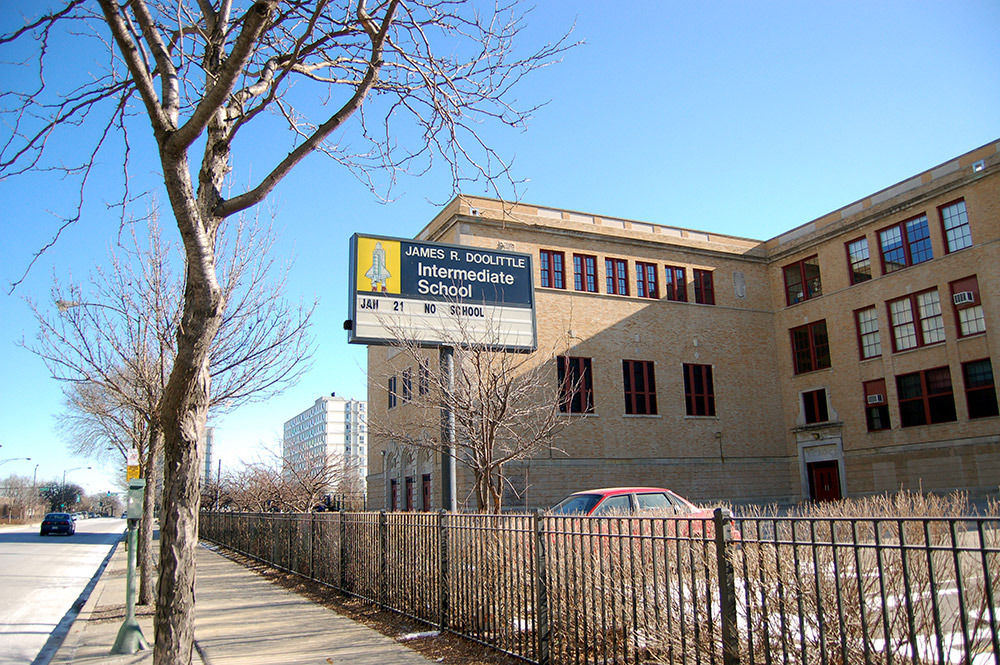 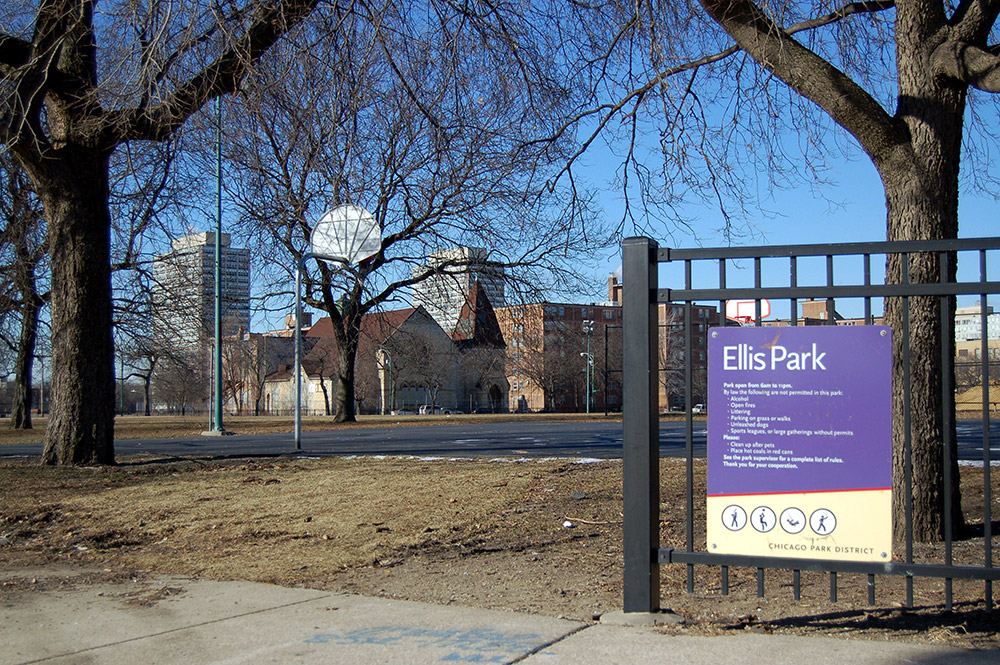 Schools In The Bronzeville Area

See grade levels, address, and scores for schools in the Bronzeville area.