Once an elegant, Victorian-style suburb on Chicago's south side, Oakland neighborhood is making a strong comeback to reclaim its status as a prominent and flourishing community. Today, many of Oakland's quiet residential streets are sprouting manicured lawns with newly built single-family homes and multi-unit constructions. Full-on neighborhood revitalization is spearheaded by enthusiastic local organizations and community centers that have set up educational and recreational programs for Oakland residents of all ages and interests. Sports teams, exercise classes, head start pre-school curriculums, financial workshops, computer courses and networking events are all available to the public.

Much of the beauty in Oakland neighborhood is its unique melange of architectural masterpieces. Take a stroll down any number of streets and you’ll be sure to encounter new developments as well as rehabbed condominiums and stately, century-old single-family homes.

In the late 19th century, Oakland neighborhood was one of the exclusive A-List members of the upper-class Victorian mansion communities of Chicago. Some of the houses that survive from that golden era include cottages designed in the Queen Anne style, as well as some impressive Romanesque and Classical Revival homes that were designed by prominent architects. The architectural styles that distinguish the community, though, are the Queen Ann residences that are generally simple, yet elegant in ornamentation with large porches and multiple chimneys. Classical Revival architecture was one of the most popular styles in the United States during the late 1800s and early 1900s. This contemporary interpretation of ancient Greek and Roman engineering can be found throughout Oakland, particularly in the churches and public buildings. Some common characteristics of this school are columns, symmetrical facades, and the edifices are generally made of stone, brick, or wood.

And finally, the Romanesque school made its presence in Oakland with medieval inspired French and Spanish architecture. In the 1880s, architect H. H. Richardson had a hand in putting his signature style on projects that include private homes, clubs, and commercial buildings scattered throughout the community. The common characteristics are heavy rough-cut stonewalls, round arches and squat columns, and deeply recessed windows. In the last few years, developers have reclaimed many of these classic structures and they are in the process of becoming luxury condominium conversions.

In 2000, the Chicago Housing Authority, partnered with non-profit and private developers, launched an ambitious plan to do away with its decaying high-rise projects from the 1950s. They successfully replaced the rundown buildings with mixed-income housing for sale or lease at affordable market rates. And, in the near future, the City of Chicago plans to construct an architecturally significant pedestrian bridge linking the new residential developments to Burnham Park, along the waterfront. Many of the condos located along the lamppost-lined redeveloped streets east of Langley Avenue boast detailed workmanship and high-end amenities. Luxurious units with heated marble floors and oversized Jacuzzi tubs make for a peaceful urban existence.

The Oakland neighborhood area is a mile-long strip hugging Chicago’s southern lakefront. This former swamp area was the original site for one of the city’s first soap and lard rendering factories owned by an Englishman named Charles Cleaver. Cleaver played an important role in establishing the neighborhood when, in 1851, he began building wooden homes, in addition to a general store, a place to worship, and a town hall for his employees between 37th and 39th streets. During this time the settlement was known as 'Cleaverville,' but within a couple decades the newly constructed Illinois Central Railroad boosted development in the area and it was renamed Oakland in 1871.

By the 1880s, the easily accessible cable cars and trains to downtown attracted many well-to-do businessmen and their families to Oakland. Mass production of single-family homes reached its peak by 1895, and no sooner had this south side Chicago neighborhood established a prestigious name for itself did it quickly return to its workers’ town roots. Wealthy residents left the area and working class Irish stockyard families moved in during the early part of the 20th century.

During the 1930s, new construction and economic growth were at a standstill. But ten years later, things began to change. Oakland’s population soared from 16,000 to 24,000 residents between 1940 and 1950—the majority of which were African American families, with a smaller community of displaced Japanese Americans who were forced to relocate because of a WW II policy. Through the 1950s, to better cope with the spike in population, the Chicago Housing Authority constructed a 150-unit building called the Victor Olander Homes at 39th Street and Lake Park Avenue. Several other large housing projects soon followed. In 2007, only half of these low-income housing developments remain.

Today, Oakland is boldly and steadily making its way out of hardship and deterioration. The neighborhood has witnessed rejuvenation in certain pockets with new construction and refurbishing of older buildings, but there’s still a long road ahead before it is revitalized to its mid 19th century glory.

The Sights of Oakland 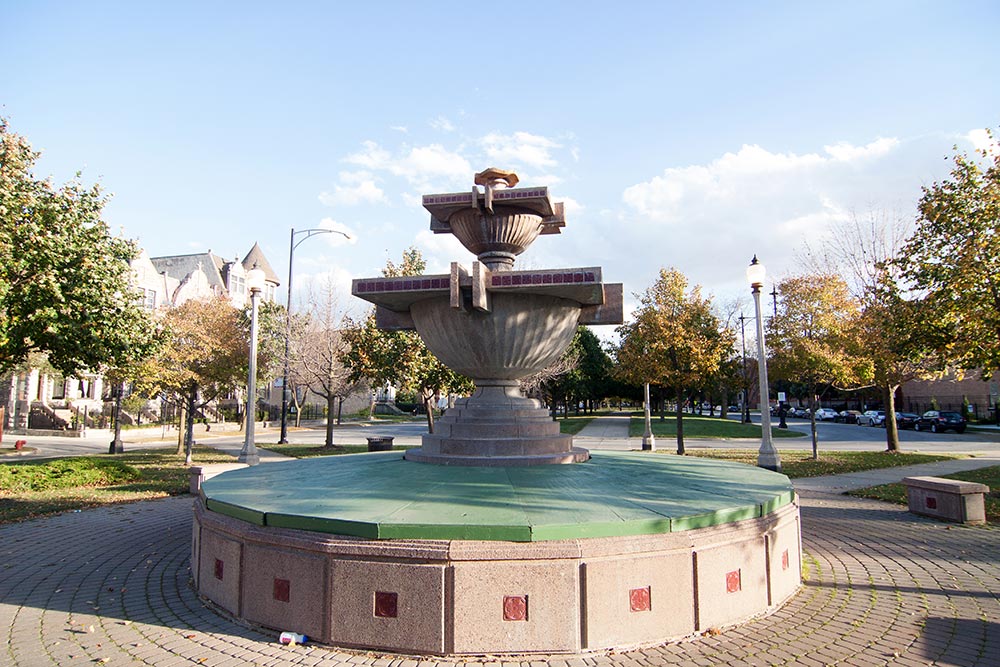 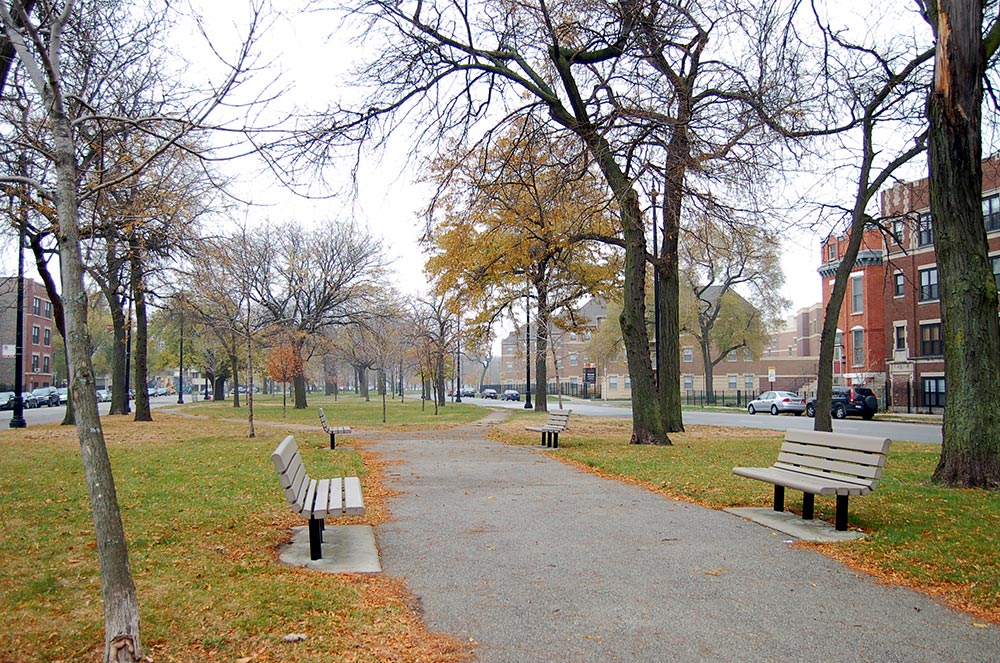 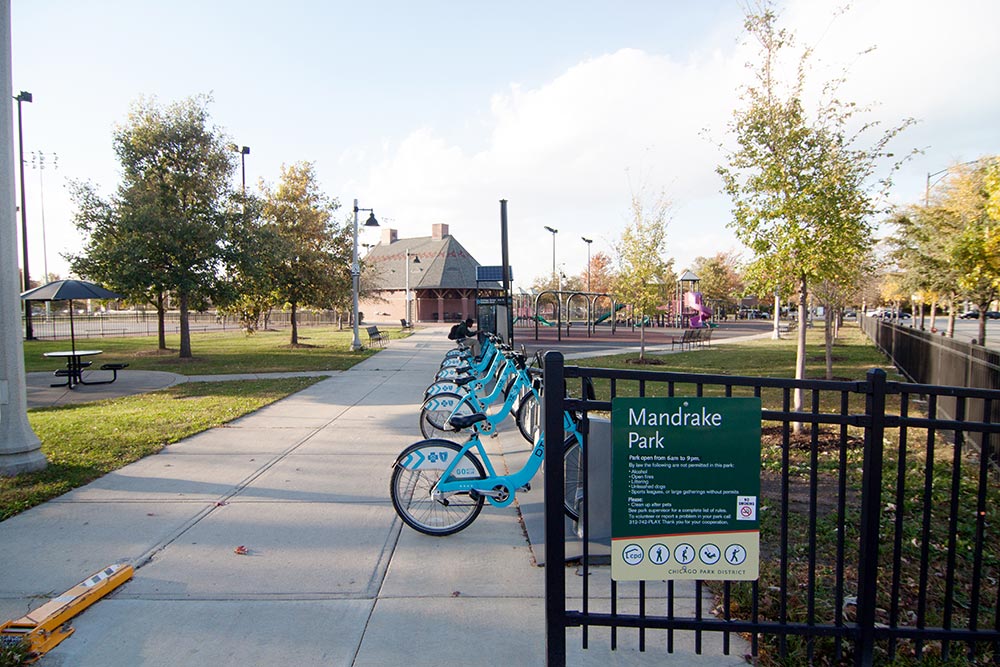 Schools In The Oakland Area

See grade levels, address, and scores for schools in the Oakland area.