A concentration of residential blocks surrounding one of Chicago's largest parks, Douglas Park is a west side neighborhood tucked within the larger community of Lawndale. Named for the central focus of the area, this little region has its priorities straight: acres of parkland and open green expanses. More than just a slab of grass, Douglas Park's namesake park is home to a Cultural and Community Center that boasts all the intramural, recreational fun you can handle. The outdoor pool, volleyball and tennis courts, miniature golf course, sandboxes, and spray pools are always hot in the summer. But the wintertime is no exception to the community center's popularity as the lake freezes over and makes for a picture perfect ice skating rink. Packed with families from the neighborhood and surrounding areas, the center's outside features make this the ultimate Chicago playground. Inside, the center is also bustling with Douglas Park residents fond of arts and crafts, dance classes and music lessons.

Stephen A. Douglas was a man full of spit and vinegar. He was a powerful lawyer and politician during the Civil War era and though he made a thunderous presence in the Senate, Douglas didn’t win the race for presidency. He had stiff competition—a man by the name of Abraham Lincoln—who happened to take the victory in the 1860 presidential election. Despite the loss, Douglas continued to be a straight-laced democrat working for the good of the people not only in the Chicago vicinity, but the whole of the United States. It is for Douglas’ staunch patriotism and devotion to the betterment of society that this south side neighborhood was named after him.

Before taking a stab at the presidency, Douglas also moonlighted as a land speculator. In 1852, he bought 70 acres of land, slightly south of what would become the Chicago Loop. Douglas built his home along 35th Street and liberally donated his property to what he considered worthwhile causes, such as schools and churches. Around 1861, the Union Army set up camp between 31st and 33rd streets. At first, the Union Army used the area as training grounds for soldiers from Illinois, but as the tide of war swept the country, the land became a Confederate prisoner of war camp, known as Camp Douglas. Throughout the Civil War, over 18,000 Confederate soldiers would pass between the gates of Camp Douglas before the Northern victory.

After the war ended and the POW camp was vacated, wealthy Chicagoans began speculating on property in the Douglas region. Several streetcar stops were soon opened, linking Douglas to the city’s center, and a commuter station in the neighborhood provided easy access to the Illinois Central Railroad. Citizens of all walks of life were drawn to Douglas by its modernity.

Over the years the Douglas community has maintained a level of pride and a work ethic that rivals most Chicago neighborhoods. From the Civil War onward, immigrant families of Irish and European descent working at nearby meatpacking plants began construction of small homes and sizable churches in the Douglas area. In addition, a large number of African American families wove their way down from the Chicago Loop to settle in this south side neighborhood and by the mid 1890s many of the businesses and homes in Douglas were owned by African American residents. In 1908, Jesse Binga opened Chicago’s first African American owned bank. And as time progressed, a new Afrocentric culture was born, continuing to gain strength over the decades. This culture is alive and healthy today and firmly grips the Douglas neighborhood, melding an artistic yet business-minded community together.

The Sights of Douglas Park 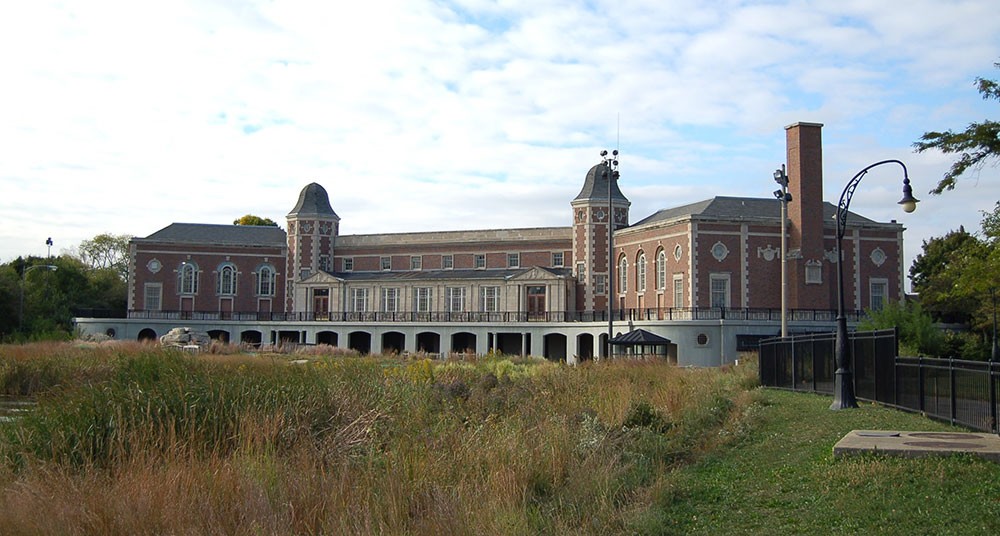 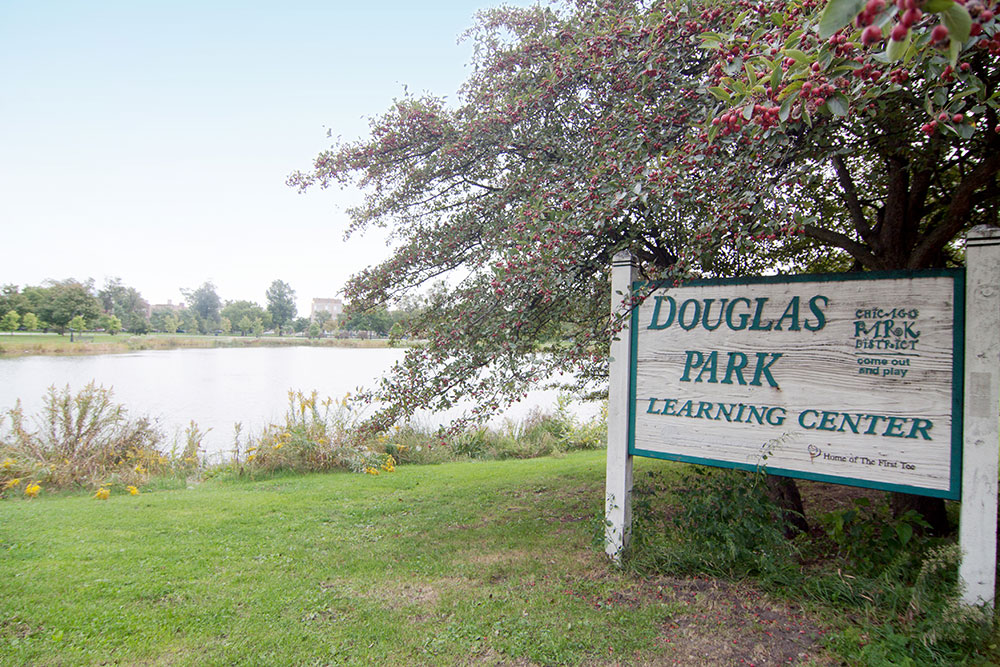 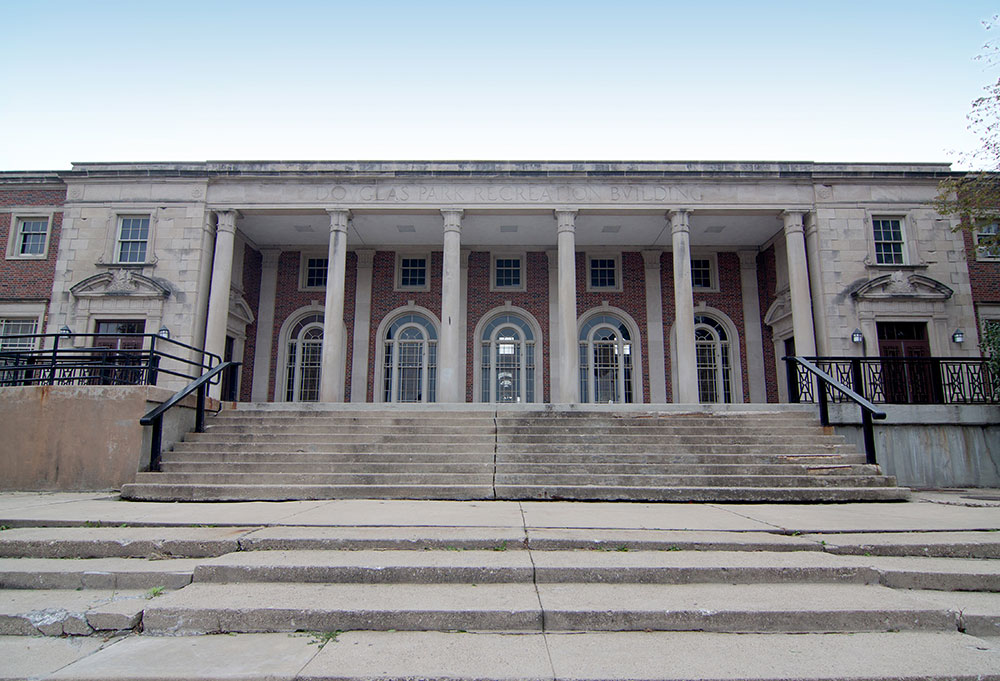 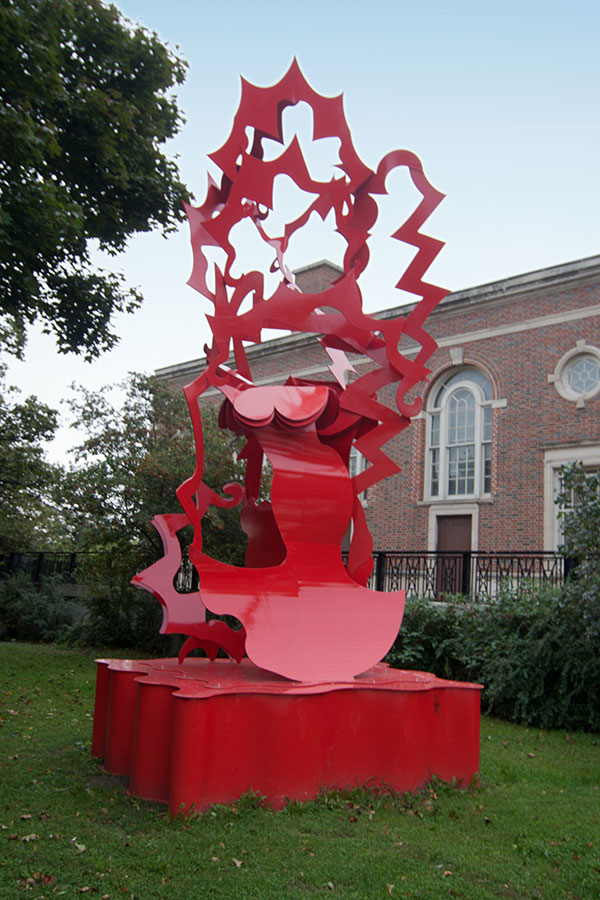