Located on the southwest edge of the city, Wrightwood is a diverse middle-class neighborhood of manicured lawns and yellow-brick bungalows that was recently cited by The New York Times as a model for successful, harmonious integration in an urban setting. Much like other parts of Chicago, in Wrightwood businesses and restaurants are concentrated mainly along the neighborhood's major thoroughfares, while the rest of community is filled with neat residential blocks. Affordable housing has long made Wrightwood an attractive place to set up housekeeping, and the variety of architectural styles make sure every homeowner gets exactly what they are looking for in a home. The neighborhood's public park is an added bonus for those who like to indulge in outdoor recreation and appreciate a little breathing room. There is even an indoor swimming pool on hand for Wrightwood resident of all ages to enjoy.

The history of Wrightwood is fundamentally linked to that of Ashburn, the larger neighborhood along its western border. Like Ashburn, which once served as Chicago’s favorite dumping ground for furnace and fireplace ashes, Wrightwood was long overlooked as a desirable place for residential development and was instead used for more utilitarian purposes. Annexed by Chicago in 1889, it remained sparsely populated until the industrial expansion and population surge that followed World War II.

At the start of the 20th century, Wrightwood’s ethnically diverse mix of inhabitants consisted mostly of Dutch, Swedish, Lithuanian, Polish and, above all, Irish immigrants. By the mid 1900s, the neighborhood had solidified as an Irish Catholic enclave centered about St. Thomas More Parish, or 'Tommy More' as the locals call it. In the latter part of the century, however, as in much of urban America, those demographics began to change rapidly, creating tensions within the community which sometimes led to violence. Fair housing issues and ethnic conflicts flared up throughout Chicago’s southwest side for decades starting in the 1960s. The neighborhoods of Chicago Lawn and Marquette Park, just to the north of Wrightwood, saw their reputations badly tarnished when Martin Luther King, Jr. was struck in the head by a hurled brick during a protest march there in 1966. And, certainly, Wrightwood had its share of tension and turmoil during those 'days of rage' as well.

Yet there was always something a little different about Wrightwood. Its community organizations are strong, and even in the toughest times there was a determined sense of fair play among its citizenry and a will to see racial integration work. Their efforts ultimately proved successful, a phenomenon which did not go unnoticed. In 1988, storied journalist Vernon Jarrett ran a series in the Chicago Sun-Times about Wrightwood, promoting it as 'a model for racial harmony,' and ten years later The New York Times published a case study pinpointing Wrightwood as an example of 'successful neighborhood integration' for the rest of America to emulate.

Today, Wrightwood is a happily diverse community with a strong sense of pride in its reputation for openness and respect for all. In 1997 its residents came together to celebrate this with the opening of the Chicago Public Library’s Wrightwood-Ashburn Branch. This handsome $3 million structure houses over 40,000 volumes, including an African American Heritage collection and a division of NatureConnections, a citywide program combining literature, videos and artifacts related to natural history, and geared specifically to engage young people. Only a few of Chicago’s public libraries are fortunate enough to take part in NatureConnections, and it’s appropriate that Wrightwood’s branch is one of them—in view of what was discovered here in 1992…

During the construction of the nearby Westport Commons Shopping Center at Kedzie Avenue and 87th Street, a long forgotten and undisturbed patch of prairie was found behind the construction site in an undeveloped area belonging to Evergreen Cemetery. The two-acre plot of 'wet prairie' (so called due to its high water table) provided a glimpse of what this entire area used to be like prior to the arrival of European settlers. At least 64 significant species of native flora were found there—from nodding wild onions and water parsnips to wildflowers with charmingly evocative names like rush horsetail, prairie sundrop and ladies’ tresses. In 1993 the Chicago Park District carefully relocated this unusual find to a corner of the central lagoon in nearby Marquette Park (which is in the next neighborhood to the north of Wrightwood), where the mountain mint and blue-eyed stem grasses continue to thrive, oblivious to the surrounding bustle of the big city.

The Sights of Wrightwood 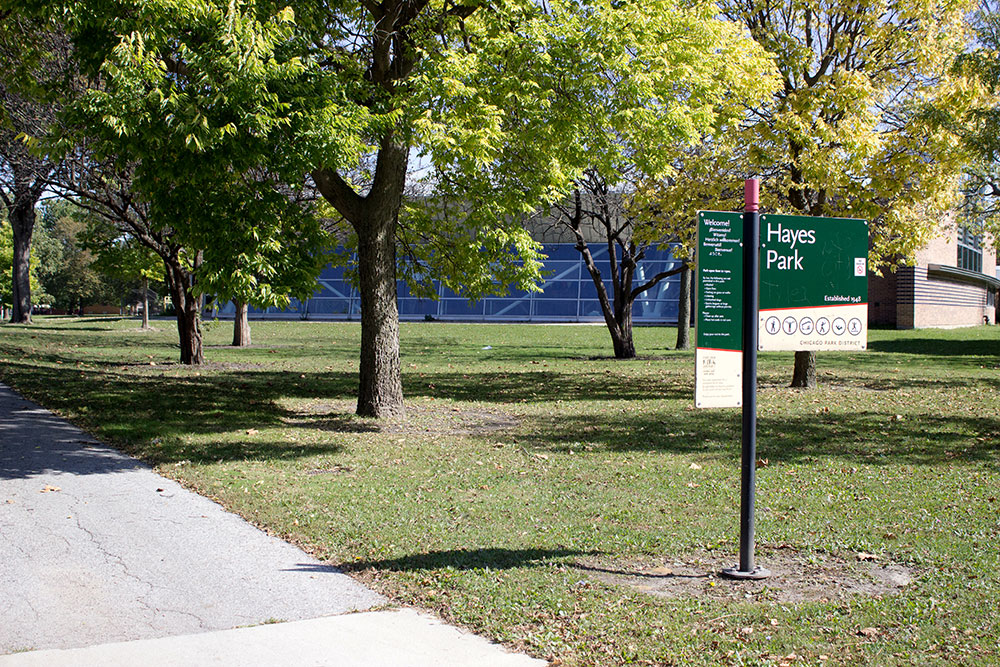 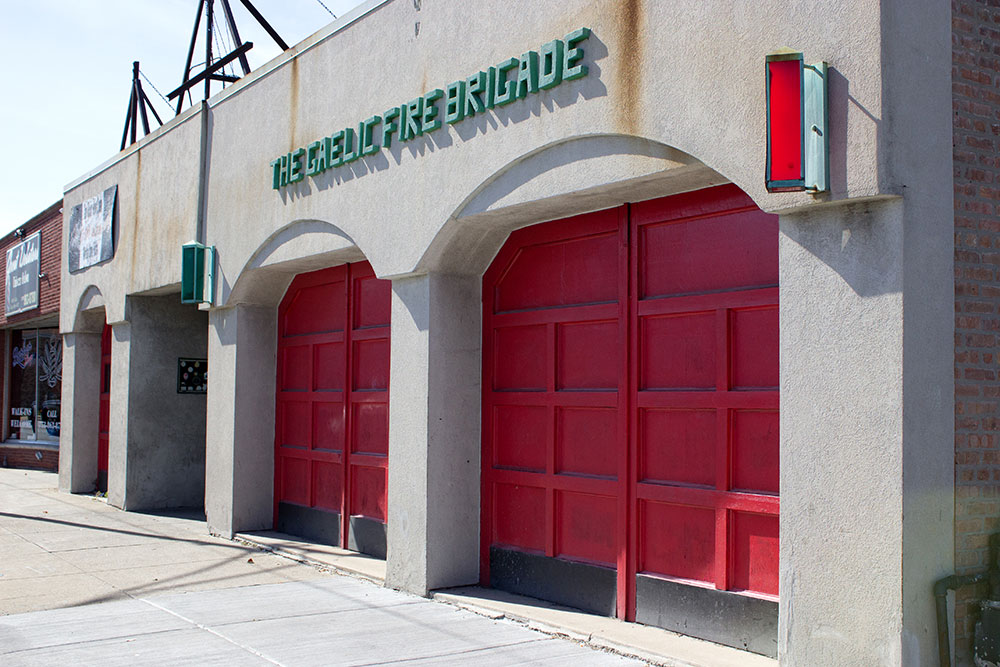 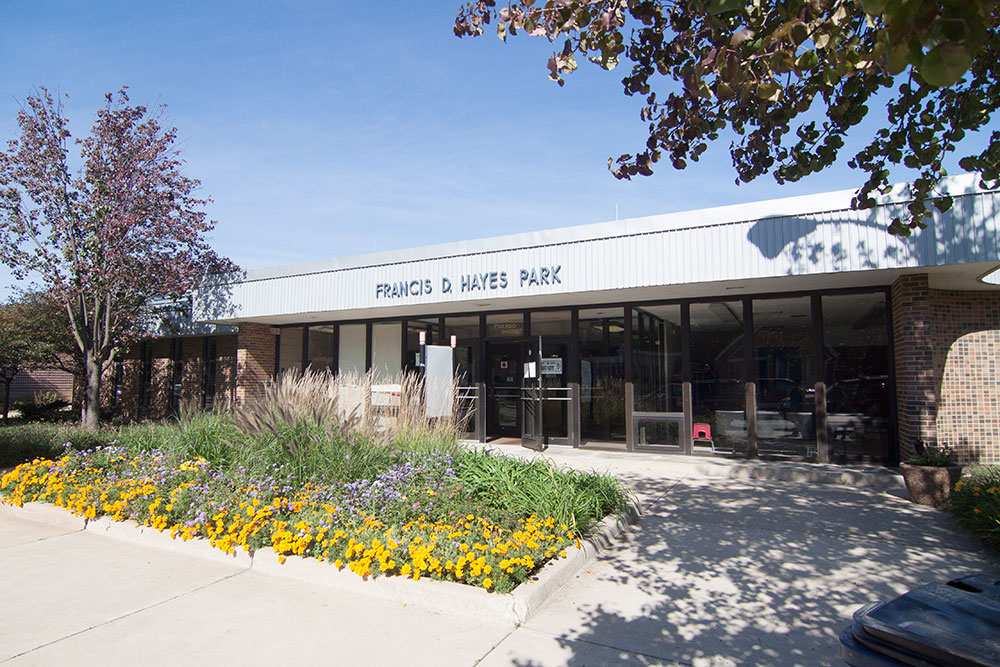