Lush, exclusive and serene, Peterson Woods is a tiny wedge of a Chicago neighborhood bound by water and urban greenscapes. A distinctive subdivision encircled by six other neighborhoods, Peterson Woods has defined itself as its own residential entity with the beautiful open environs of Legion Park cutting through its western half. Well-crafted, ornate brick homes on oversized lots are remnants of Peterson Woods' past community members who prided themselves on exceptional construction skills. Many of the residences reflect the architectural style of early to mid 1900s, while a wave of new development has brought the neighborhood into the 21st century with state-of-the-art condominiums. Peterson Woods offers a streak of flavorful cuisine that lean toward a Far East tinge at the string of local restaurants on Lincoln Avenue.

The Peterson Woods neighborhood may be tiny in acreage, but its history is rich in character and architectural beauty that has shaped the community’s identity into what it is today.

Pioneer nurseryman Pehr Samuel Peterson, who eventually settled in Chicago after emigrating from his native Sweden to the States in 1850, founded the neighborhood now known as Peterson Woods. After spending some time on the east coast, Peterson arrived in Chicago in 1854 to start his own tree nursery on the city’s northwest side, and ultimately acquired more than 500 acres of land for his tree farm. While much of the property was used for the growth of his nursery, a portion of it—including Peterson Woods—became a residential community for Swedish immigrants.

Peterson’s accomplishments changed the urban aesthetic of Chicago. While mastering his horticultural craft, he developed innovative techniques for transplanting large trees from his nursery. Soon Peterson’s trees shaded a plethora of local parks and boulevards, including Jackson Park, which hosted the 1893 World’s Columbian Exposition. As a member of the Peterson Woods community, Peterson remained active in Swedish-American civic and religious groups. His work was so far-reaching that even the King of Sweden knighted him for his overseas accomplishments.

After Peterson died in 1903, the community of Peterson Woods continued to thrive. Already annexed to Chicago in the 1890s, the region was flourishing as a residential enclave, with a portion of land allotted to Peterson’s passion for growing trees. Residential development shifted away from the area when the Peterson family donated 160 acres to the city of Chicago for a municipal tuberculosis sanitarium. As the western world’s leading killer at the time, the facility aimed to improve public hygiene; but with the advent of new drugs, the sanitarium became less useful in the coming decades. By the mid 20th century, the sanitarium would be torn down and the former lot (which was just northwest of Peterson Woods) would become an entirely separate neighborhood known as Peterson Park.

Peterson Woods, in the meantime, continue to grow as a residential community. From the 1920s to the 1950s, custom-built homes began to give the neighborhood a kind of 'story-book' charm that continues to define it today. Nearby infrastructure projects, including the construction of the Sanitary District Canal, kept the bread-winners of local families at work, even during the Depression Era of the 1930s.

The neighborhood remained largely tied to its Swedish-American roots until the 1970s, when Peterson Woods saw a multicultural influx of Middle Easterners, Indians, Pakistanis and Koreans who wanted to settle down in the outer city limits and beyond. With property values soaring in the area, the new residents were mainly well-educated, affluent families. And, for the most part, much of the region’s demographic tapestry remains unchanged to this day.

The Sights of Peterson Woods 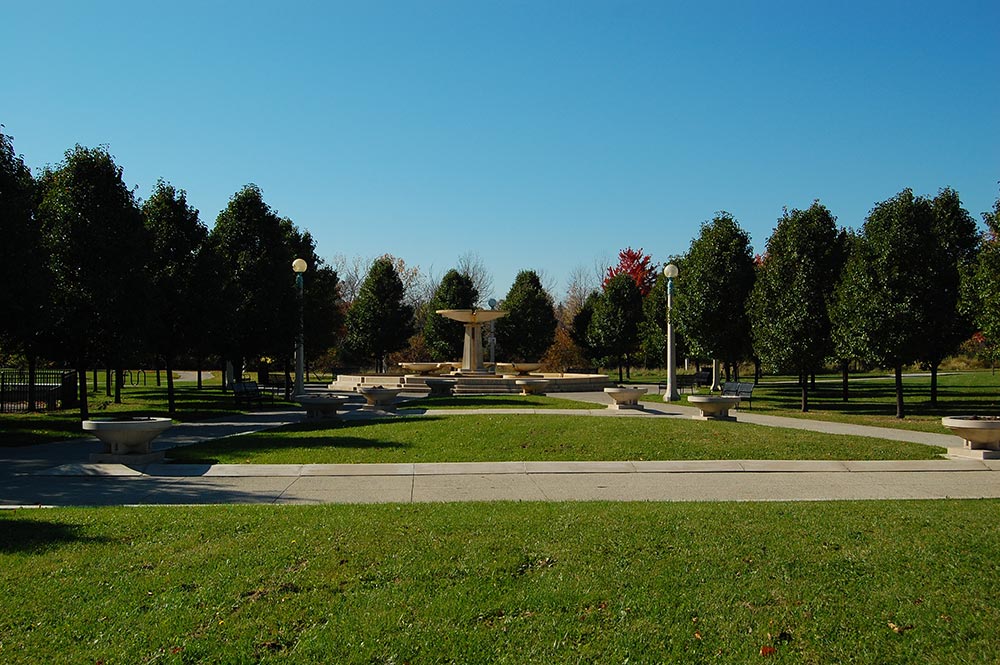 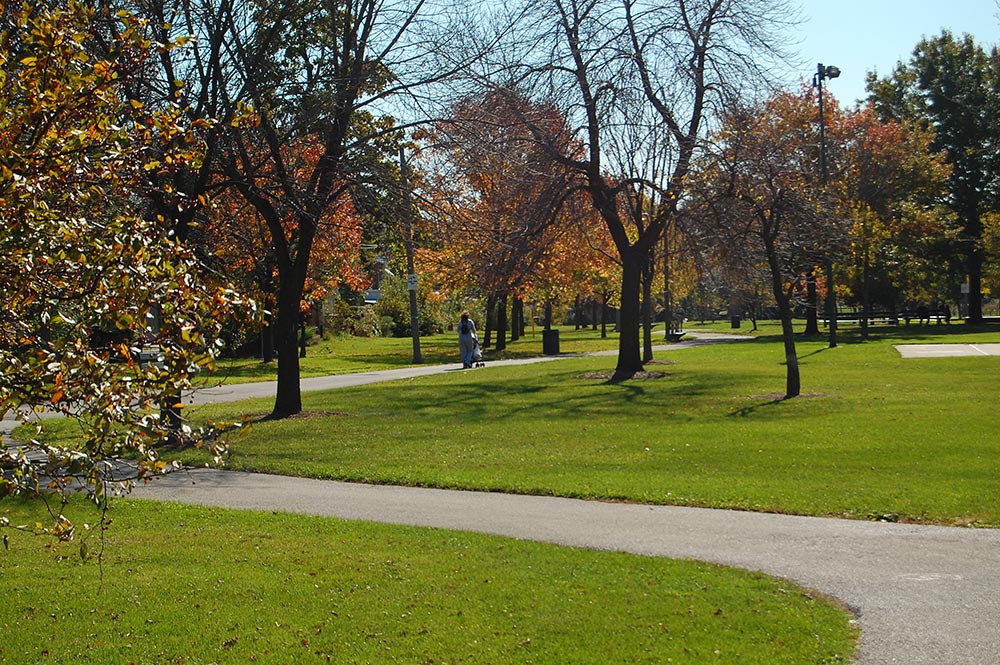 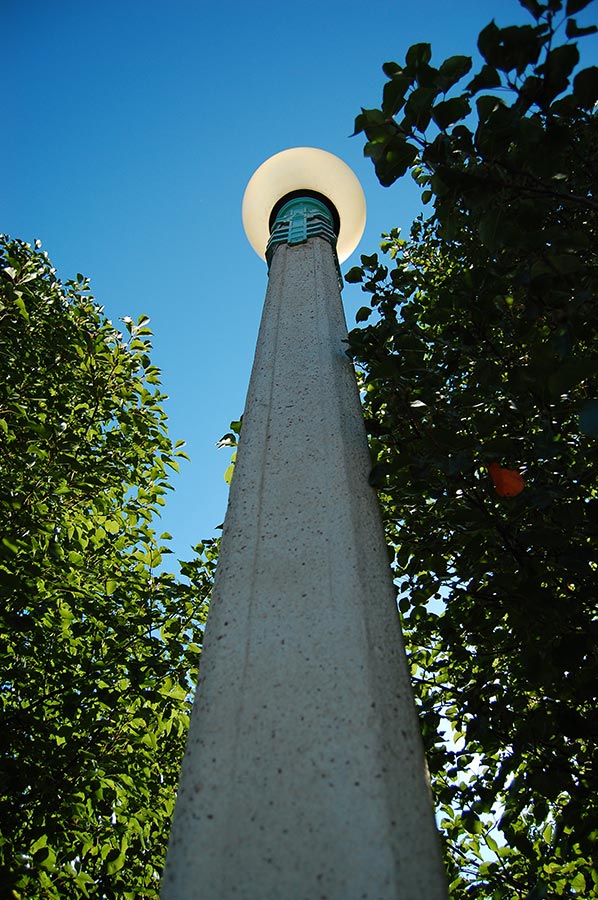 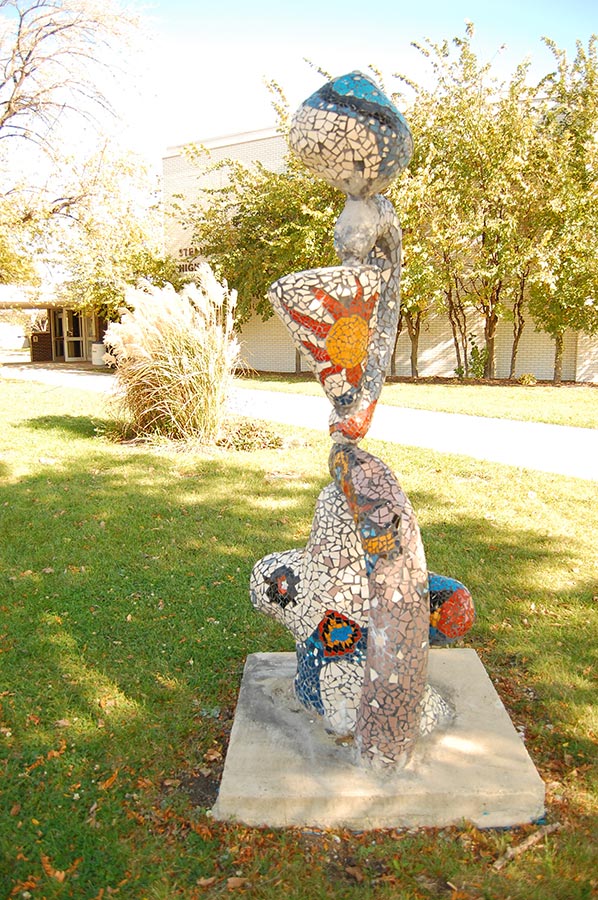 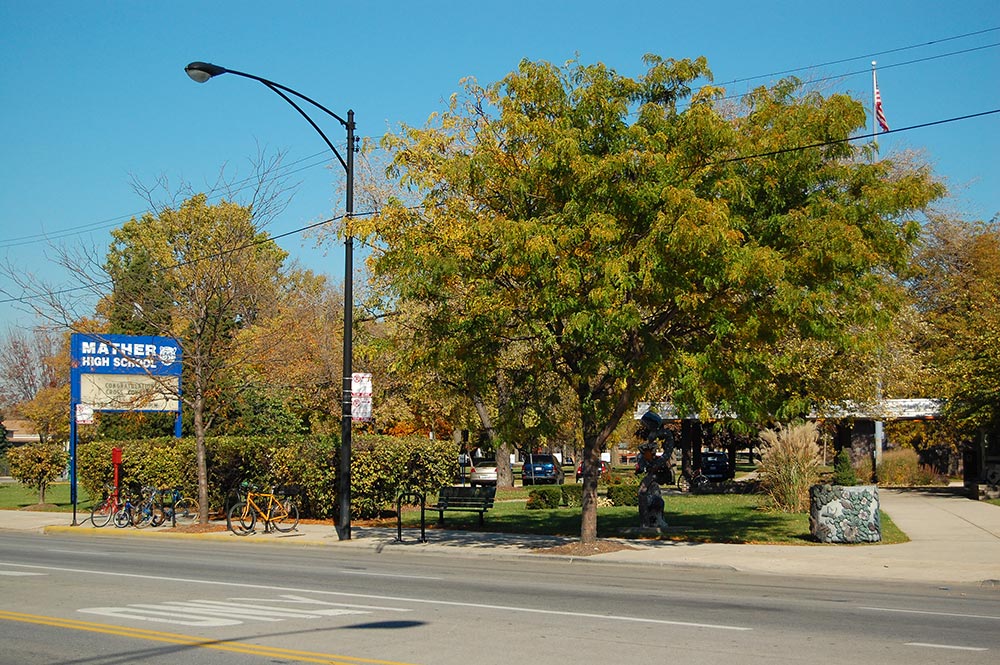 Schools In The Peterson Woods Area

See grade levels, address, and scores for schools in the Peterson Woods area.