Arcadia Terrace is a part of West Ridge.

With a rich multicultural influence reflected in the eclectic dining scene, Arcadia Terrace is a quiet tree-lined residential pocket of Chicago that is experiencing new growth and a rebirth of interest, thanks to recent revitalization along Lincoln Avenue. As the neighborhood's main commercial drag, Lincoln Avenue is where you'll find most of the action in Arcadia Terrace. A string of Asian restaurants, plus an American eatery and a unique Eastern European café are popular places to grab a bite around here. But the food scene stretches to the neighborhood's northern border as well, where fondue and West Indian baked goods reign supreme. Other Arcadia Terrace tastes include pizza (this is Chicago) and Irish brews (again, this is Chicago!). The local, non-conventional markets make it a cinch to make meals at home, especially if you've got a recipe for traditional Chinese dishes.

Due to its locale, nestled at the southern border of West Rogers Park (also known as West Ridge by local historical societies), Arcadia Terrace’s tight boundaries have often been grouped in with the more sizeable surrounding communities. This small neighborhood resides on land initially inhabited by the Potawatomi tribe in the seventeenth century. A series of treaties forced them to abandon their villages between 1816 and 1829, and by the 1830s and ‘40s, farmers from Germany and Luxembourg had settled in the area and developed the terrain for farming. Arcadia Terrace and the surrounding neighborhoods remained relatively rural throughout the nineteenth century.

Catering to the large number of devout Catholics that resided in the vicinity, several Roman Catholic churches were constructed throughout the region. Much of their influence remains evident in Arcadia Terrace neighborhood today. For example, residents still send their children to the private school of Saint Hilary, which has served the community since 1926. The school itself has been operating since 1928, enriching families with the Catholic ideals that were so prominent in the neighborhood’s early history.

Like its northerly neighbor of West Ridge, Arcadia Terrace was annexed into the city of Chicago in 1893. With East Rogers Park booming, the neighborhood relied on the economic resources and developing businesses of both East and West Rogers Park for its commerce. But by the turn of the century the brickyards formerly located along the North Branch of the Chicago River moved to the area near present-day Kedzie Avenue to cash in on the land’s natural clay and sand deposits. Laborers came to the area to mine the deposits. As soon as the construction of the North Channel of the Sanitary District began, more clay was uncovered, thus creating more jobs and continued economic prosperity for nearby residents of Arcadia Terrace. With the surge in excavating and construction projects in the area, Scandinavian and German immigrants flocked to the neighborhood seeking work. The pay was lucrative and Arcadia Terrace soon built up a reputation for its finely-crafted residential architecture where the laborers made their homes.

The end of World War I sparked a real estate boom in neighborhoods in the north side of Chicago. Many of the homes built during this period were brick bungalows and two-flats, which remain the dominant residential structures in Arcadia Terrace neighborhood today. However, poor public transportation facilities limited the construction of multi-use buildings that stacked apartment complexes above street-level storefronts, which is why Arcadia Terrace is dotted with so many single-family homes and two-story residential buildings.

Arcadia Terrace felt few side effects from the Depression Era of the 1930s. Sanitary District Canal projects kept the area fueled with jobs, and the community continued to thrive. Such growth prompted the construction of several hotels along Lincoln Avenue, a strip sometimes call 'Lincoln Bend' by historians. While many of these hotels remain physically intact today, a sizable portion of the old inns are being transformed into new condos.

The end of World War II set off the final surge of growth for the Arcadia Terrace and West Ridge neighborhoods. During this time, a large number of Jewish families moved to the north side from other parts of Chicago, along with Polish and Russian Jews. By the 1960s, the population expansion had leveled off while property values continued to climb. Today, the area encompassing Arcadia Terrace is a multicultural mecca that encompasses descendents of the neighborhood’s past generations in addition to new residents that include Middle Easterners, Indians, Pakistanis and Koreans.

As for the origin of Arcadia Terrace’s name? It refers to the tranquil peace and innocence embodied by the ancient Greek region of Arcadia. This southerly pocket neighborhood of West Ridge was so pleasantly serene it garnered its own unique identity as a type of Arcadia when it became part of Chicago in the 1890s. Today, Arcadia Terrace is synonymous with that same quiet charm that attracted residents years ago, thanks to its setting sandwiched between the hushed grounds of Rosehill Cemetery to the east, Mather and Green Briar parks to the north, and the green belt of the Chicago River to the west.

The Sights of Arcadia Terrace 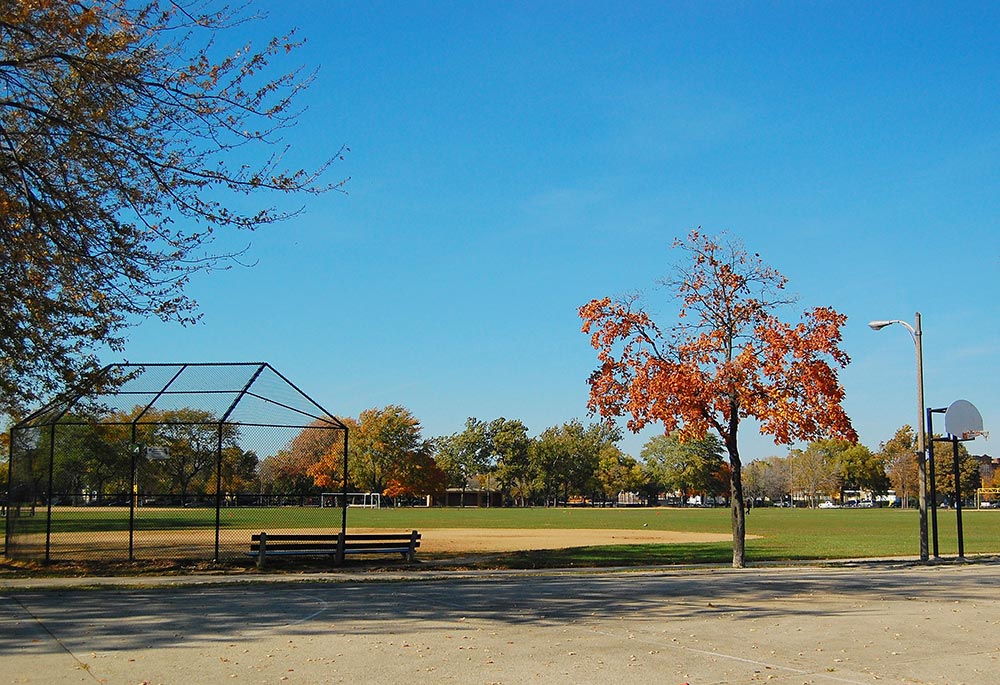 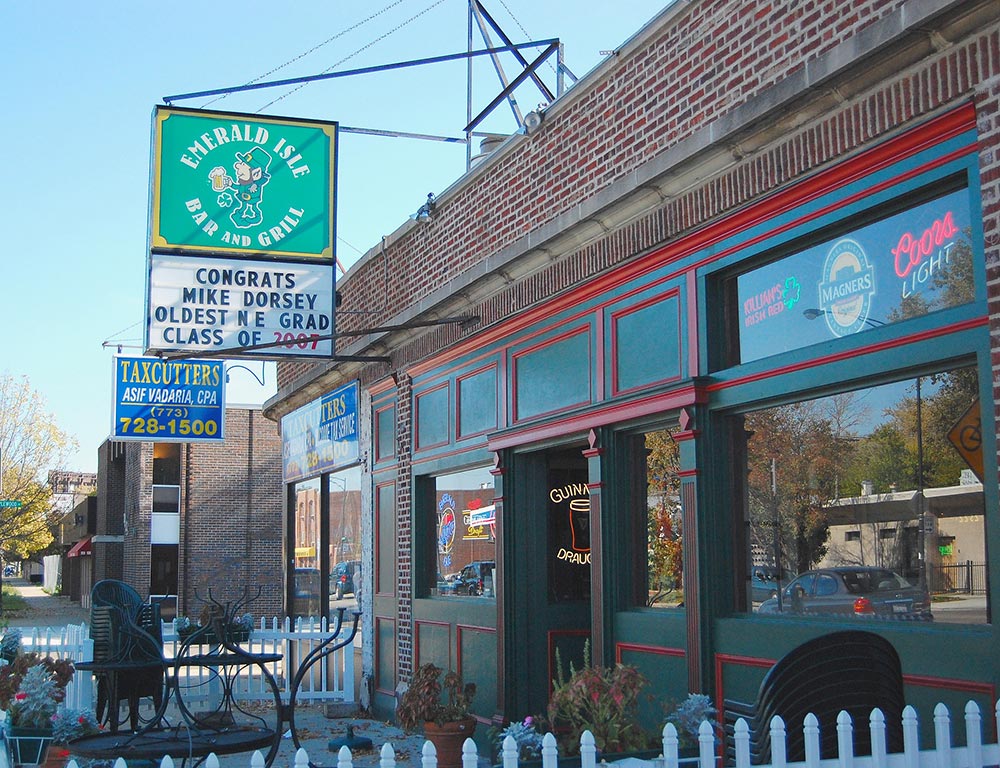 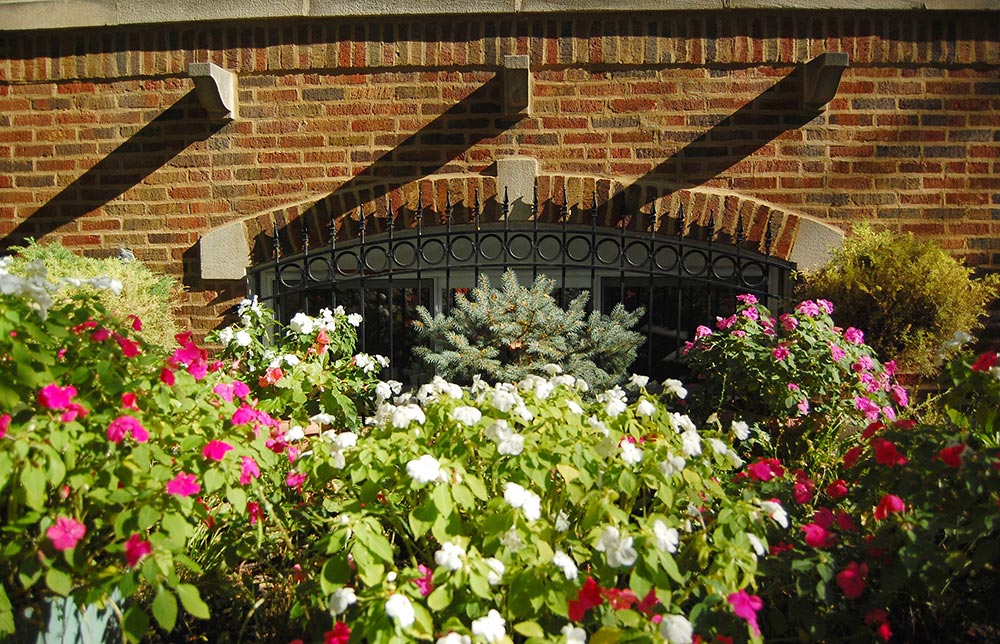 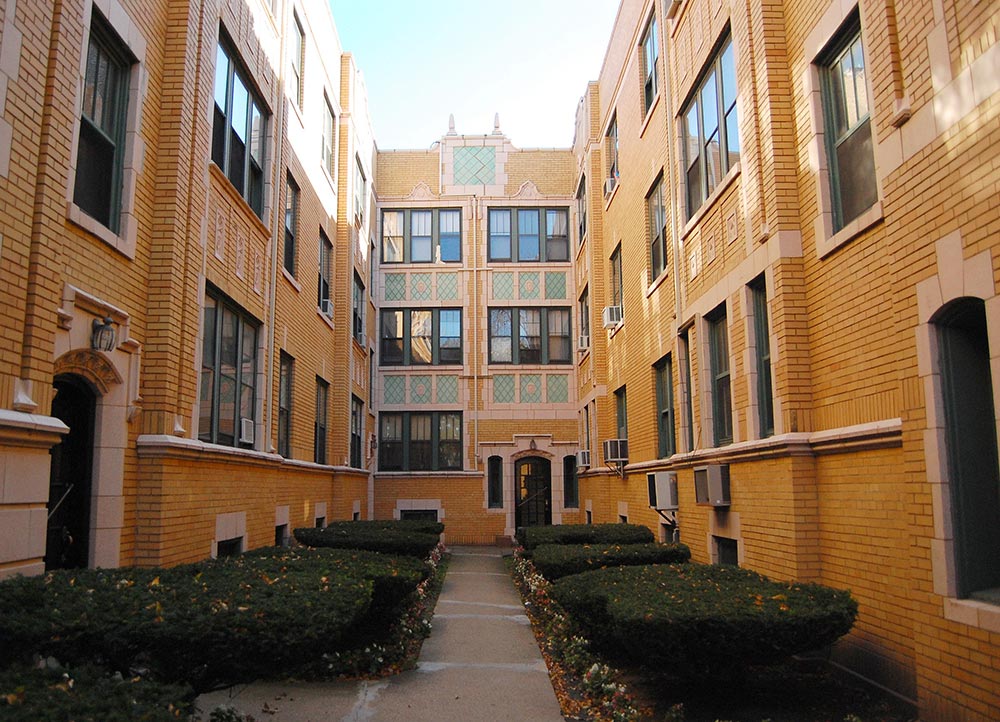 Schools In The Arcadia Terrace Area

See grade levels, address, and scores for schools in the Arcadia Terrace area.