Hanson Park is a part of Belmont Cragin.

One half parkland, the other half school and houses, Hanson Park is a lovely little residential neighborhood tucked in between the Belmont Central and Cragin communities that grew out of a single family's farmstead. Nowadays, the center of this small north side Chicago neighborhood is its namesake park which has all the typical park features — baseball diamonds, playground equipment, etc. — however, the pride of the commons is Hanson Stadium. The arena can hold several thousand spectators, but is mainly used by Chicago area schools for sporting events and games. Like many other Chicago neighborhoods, Hanson Park is characterized by long blocks of brick bungalows and frame houses with small front lawns and leafy trees.

In the very early 1800s, farmland was what stood in this blotch of land about eight miles northwest of the up-and-coming Chicago city streets. The road that is now Grand Avenue was once a Native American trail that was converted into a plank road by settlers. In the latter part of the 1830s, a man named George Merrill opened a tavern along the plank road to accommodate the passersby on their way to and from the city. The spot became known as Whiskey Point and remained the only business in the vicinity for a couple of decades.

Once the Cragin Brothers & Company built their factory in this outlying territory in the 1880s, the area got the shot in the arm that it needed and for the first time the northwest land saw serious growth—and we’re not talking about the foliage. The Chicago, Milwaukee & St. Paul Railroad built a station to transport workers to the new plant, and as more factories opened in the areas surrounding Hanson Park (Belmont Central, Cragin, and North Austin) the expansion sparked a residential boom in the early 1900s. Many bungalows were built from 1900 to 1930 in and around the industrial grounds to accommodate a rapidly growing population of European immigrant workers.

Hanson Park (the actual park) was established along the western half of the neighborhood, on land donated by farmers bearing the Hanson name—the neighborhood then took on the moniker as well. Throughout the 1940s and ‘50s, commercial industry grew in neighboring Belmont Central, adding more dimension to the predominantly industrial and residential surrounding areas.

From the 1970s through the 1990s, the number of Hispanic residents in the northwest side rose significantly, creating a more diverse populace in all the neighborhoods, including Hanson Park. As the century turned, the industry that initiated the birth of Hanson Park and nearby districts barely exists. The once bustling factories have been shuttered and torn down, leaving only a few remnants of the neighborhood’s past livelihood.

These days, Hanson Park sets itself apart with its namesake park, as neighborhood residents benefit from the recreational facilities and city schools frequently utilize the football stadium, which stands tall on Fullerton Avenue. The Hanson family never could have imagined that this is what their farmland would become.

The Sights of Hanson Park 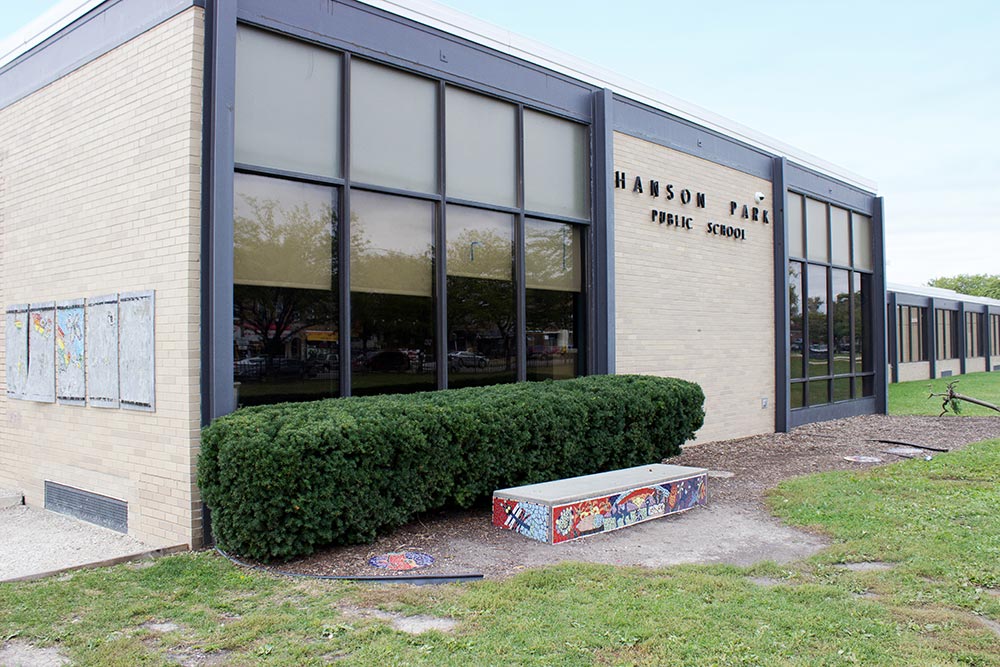 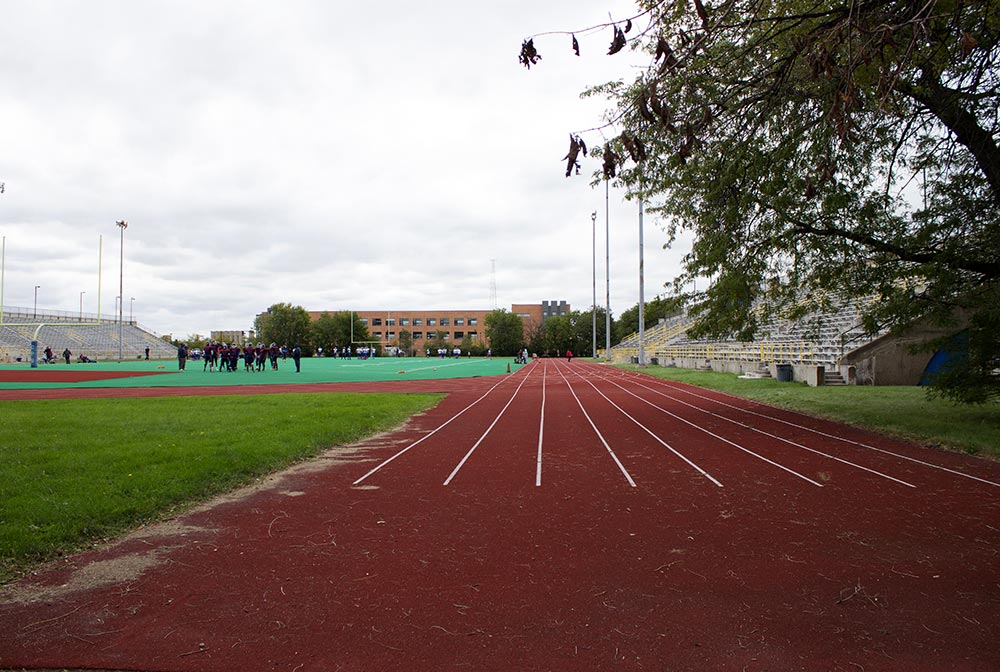 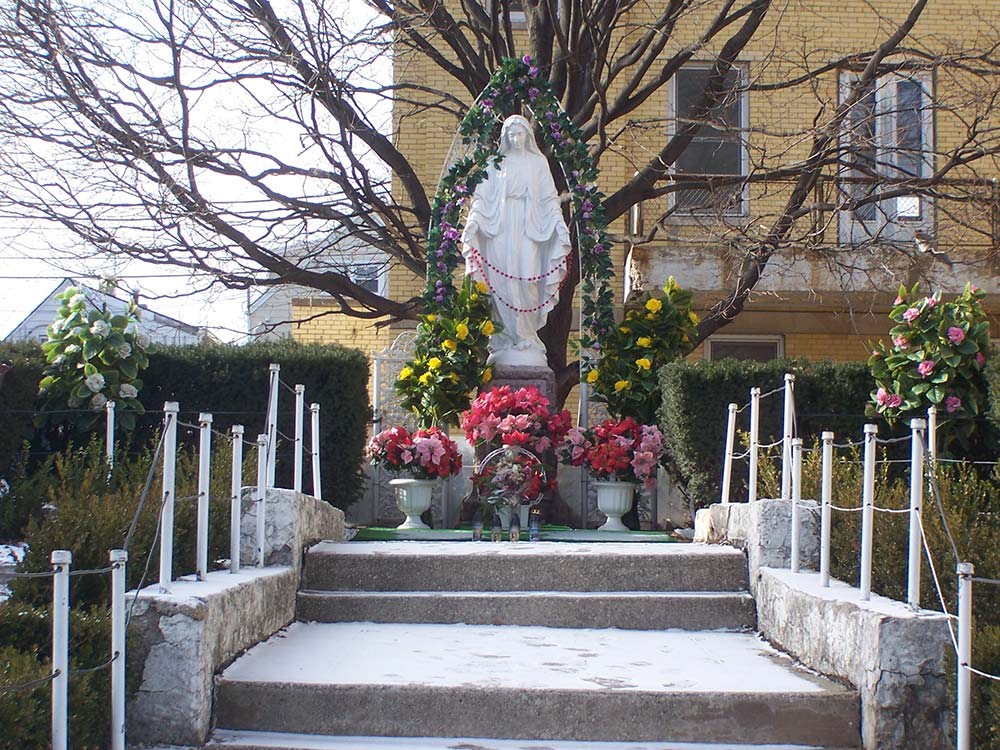 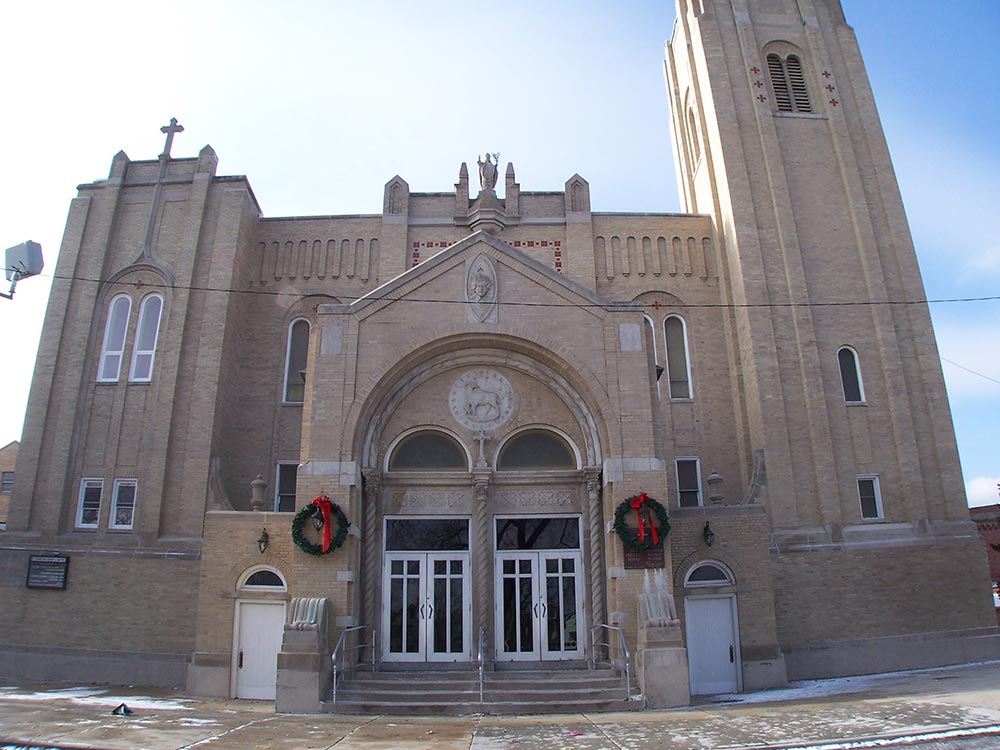 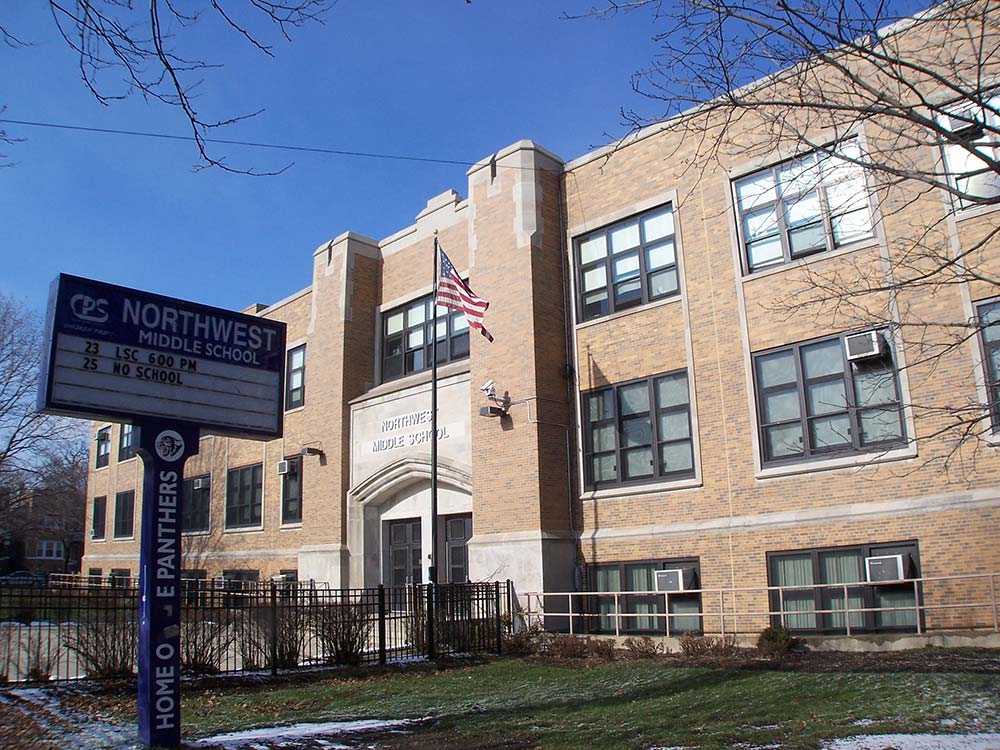 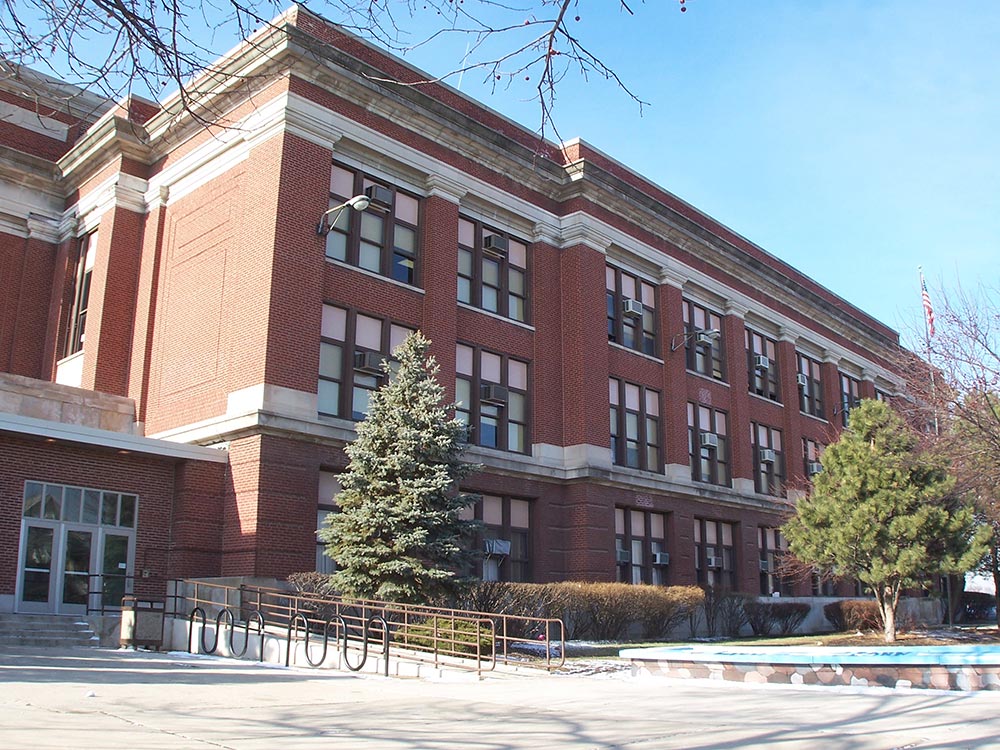 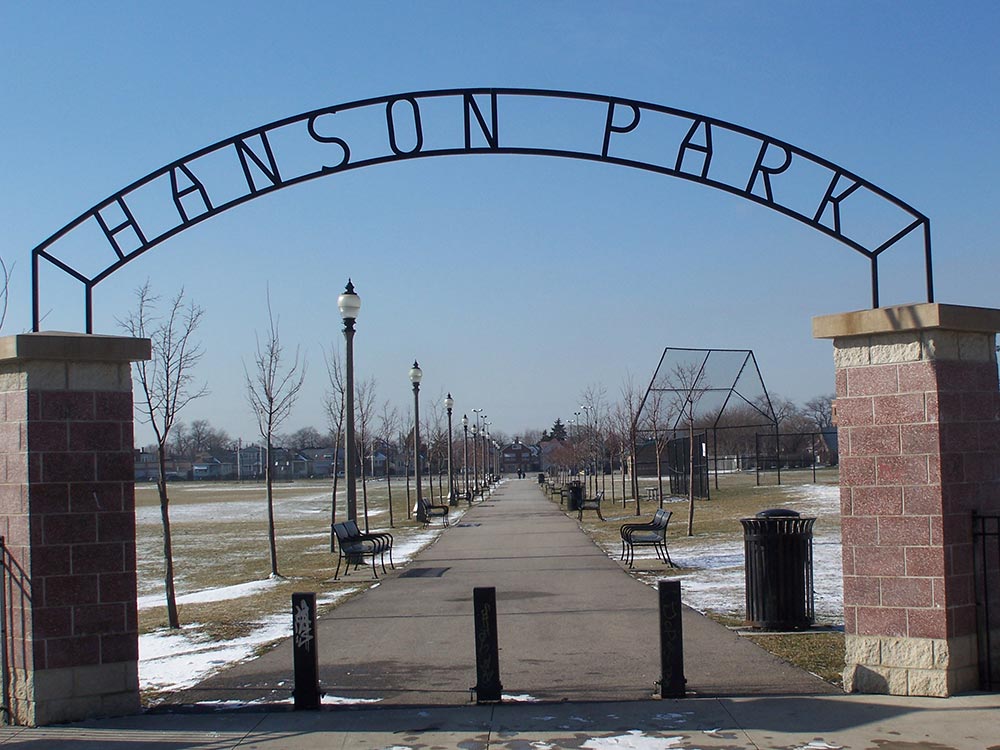 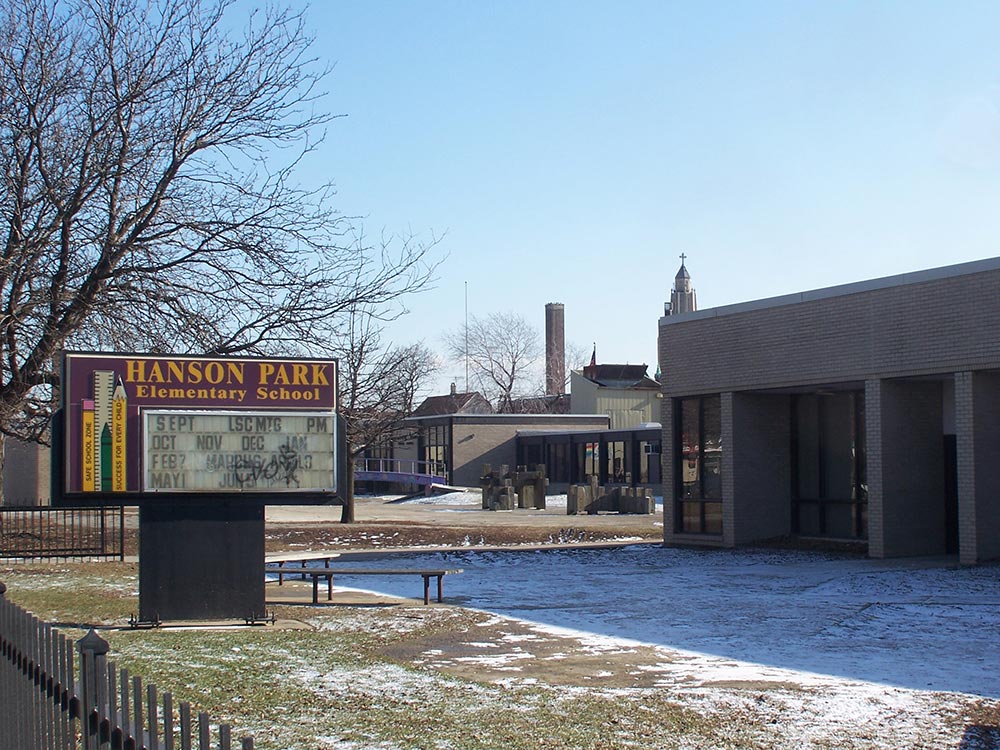 Schools In The Hanson Park Area

See grade levels, address, and scores for schools in the Hanson Park area.