Brighton Park has always been influenced by Chicago's transportation industry. It originally developed in the early 1900s when the railroad business was booming, which prompted the neighborhood to became a major hub in the railroad network. Today, with the renewal of nearby Midway International Airport and an influx of Hispanic American residents, Brighton Park is once again transforming itself. Building an identity as an enclave for Latin culture, cuisine and art, this section of Chicago is home to a selection of Mexican restaurants and grocery stores, and even celebrates traditional Mexican folkloric dance. Still flanked on all sides by railroad tracks and major travel routes (namely the Orange Line "El" and the Stevenson Highway), Brighton Park is just a short hop, skip and train ride away from the downtown Loop.

Most of the residential buildings in Brighton Park were built in the early part of the 20th century, between 1905 and 1925, after electric streetcar lines on Western and Kedzie avenues and 35th and 47th streets had been extended into the neighborhood, and subsequently more people were attracted to the area.

This stable Chicago neighborhood, where residents tend to stay for decades, has a mix of brick bungalows have small yards in front and back, and some also include garages. Brighton Park, like many areas of the city, has seen values increase in recent years and there are currently plenty of properties on the market to find just the right home for your needs.

Homebuyers will find that generally one- or two-bedroom dwellings in Brighton Park start in the low $100,000s with the average sales price around $175,000. The average price for a detached single-family home with three bedrooms in this neighborhood is about $220,000, although some sell for closer to $350,000.

Brighton Park was incorporated in the 1850s, borrowing its name from Brighton, Mass., which was the principal slaughtering center of 19th century New England. The town was located at the crossroads of a portage trail between the Des Plaines and Chicago rivers and Blue Island Road, which was the major trade route for the area southwest of Chicago, paved with wooden planks (it has since been renamed Western Avenue). The construction of the nearby Michigan & Illinois Canal which functioned as Chicago’s sanitary and shipping channel drew many early settlers to Brighton Park.

The area continued to grow as developers such as Henry Seymour started subdividing land north of Pershing Road in the 1830s and 1855 saw the opening of the Brighton Race Track. The name not only coincided with the village’s, but opportunely hinted at a connection with the more well-known Brighton Race course in Great Britain—an association that we suspect did not exist. The race track’s heyday was fairly short-lived as it closed in 1870, but during that period the gaming hub attracted thousands of people to the area who stayed on, even when the empty track lay permanently dormant.

Several small competing stockyards were opened throughout the southwest side in the mid 19th century, but when Union Stock Yard was completed in 1865, its size and the sheer volume of livestock it slaughtered forced the closing of most all of Brighton Park’s other yards and it became the major meat provider for the area, and later the country. Since Union Stock Yard had the corner on that market, Brighton Park started to attract other industries, bringing thousands of manufacturing jobs to the area to run the refining and silver smelting plants and operate the cotton mills that popped up in the vicinity.

The railroad industry also had a hand in bringing growth to the region southwest of the city. In 1887, the Santa Fe Railroad built Corwith Yards, which at the time was the world’s largest railroad yard. A mix of European immigrants, attracted to the many manufacturing and industrial jobs, steadily poured into Brighton Park. German, Irish, French, Italians, Lithuanians and Polish workers flooded the market. Advances in public transportation—particularly the electric streetcars—eased the transition and increased the attractiveness of the neighborhood and, in 1889, the ever-expanding town was annexed by Chicago.

In the following decades employment opportunities in the manufacturing field continued to rise, led by the Crane Company which produced plumbing and hardware equipment. The city also opened a 265-acre planned manufacturing district—a massive industrial complex that was the first of its type in the country. By 1930, Brighton Park peaked at more than 45,000 people, more than 35 percent of which were Polish. But the good times didn’t last. Crane closed its doors in 1977 and this led to a general population decline that swiftly damaged the area’s economy.

Remnants of its manufacturing days are long gone and the community remains largely residential now. However, there is a growing commercial section in Brighton Park, and recent improvements at nearby Midway International Airport have greatly advanced the reputation of Chicago’s southern air travel hub, which has also influenced economic growth in the area. According to the 2000 Census, Brighton Park’s population had grown back to within a couple thousand of its peak in 1930—proof that this southwest side neighborhood is once again on the rise.

The Sights of Brighton Park 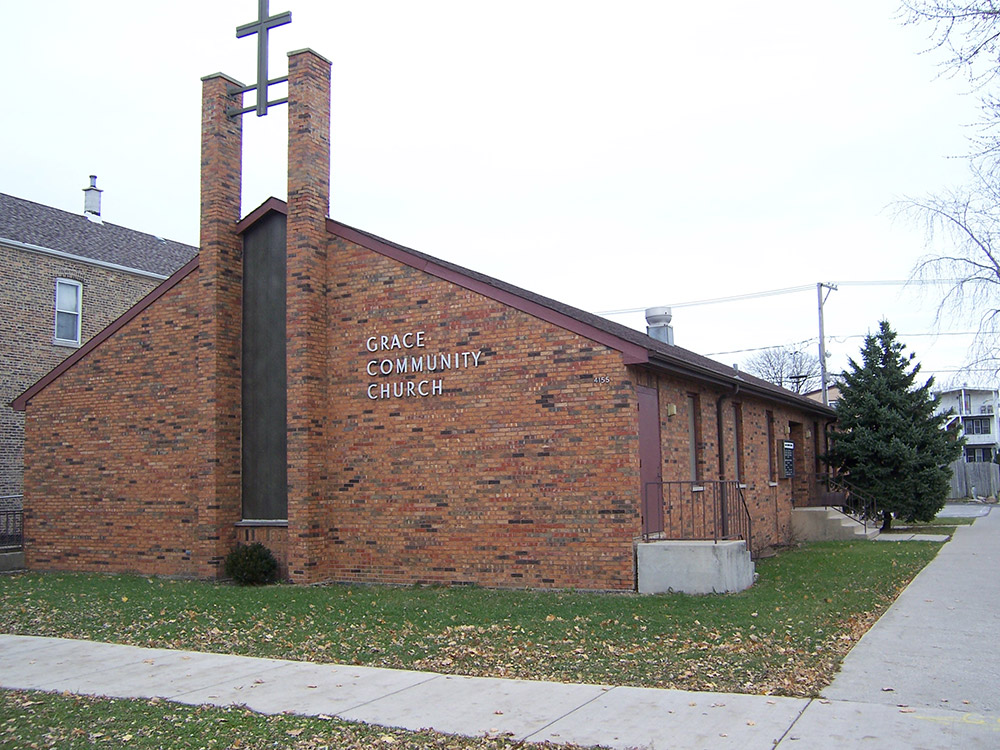 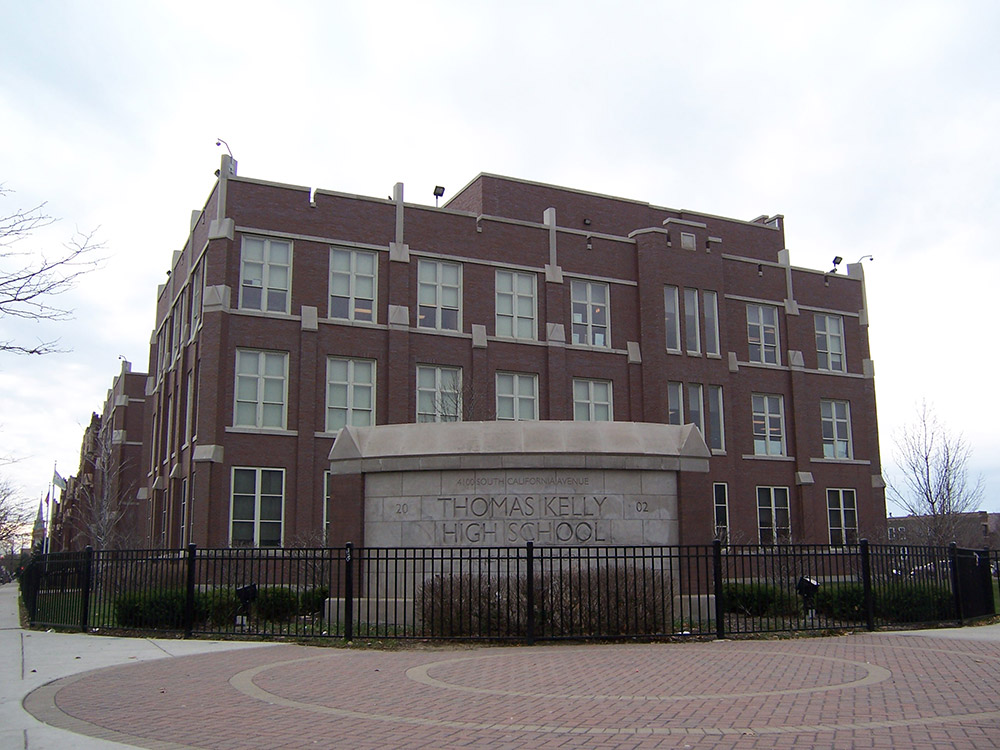 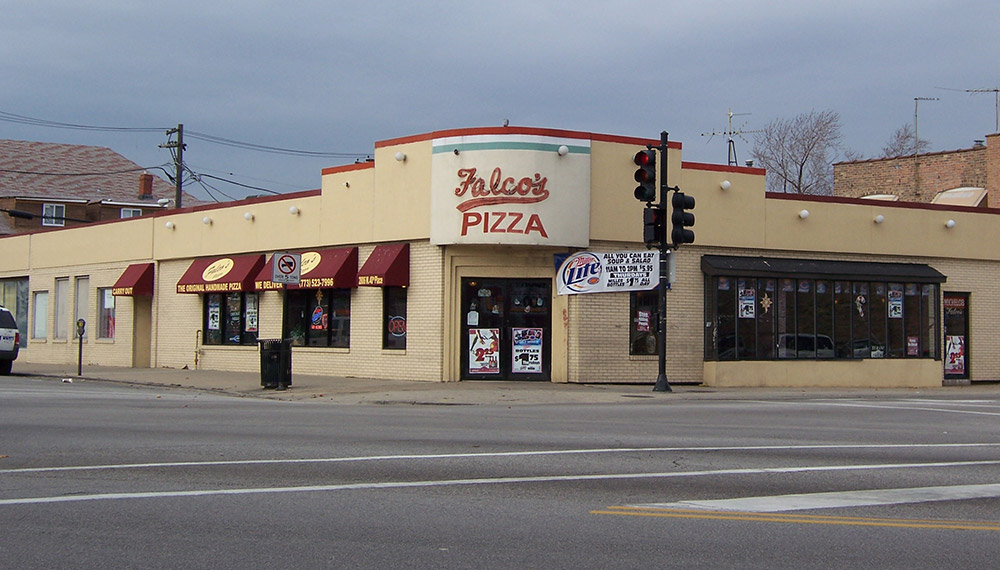 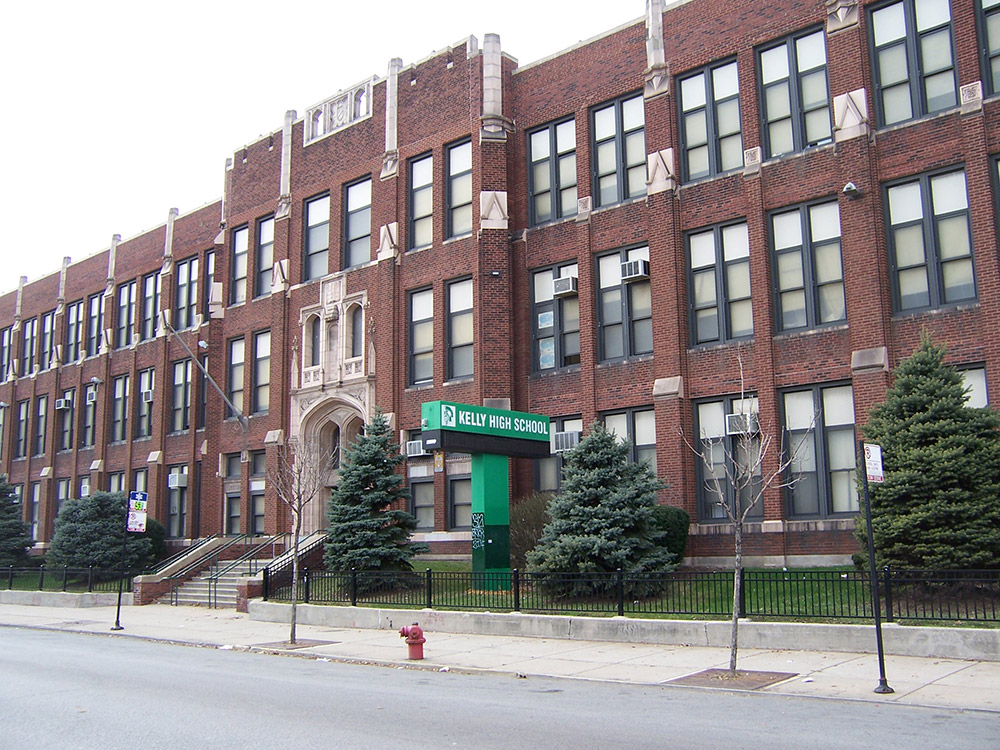 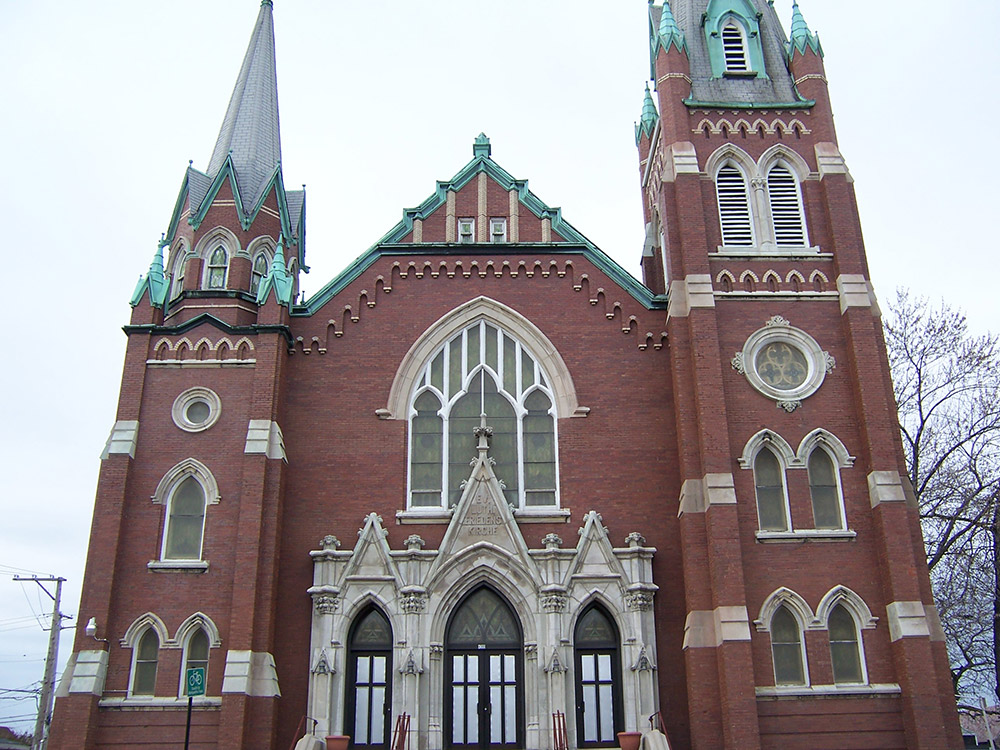 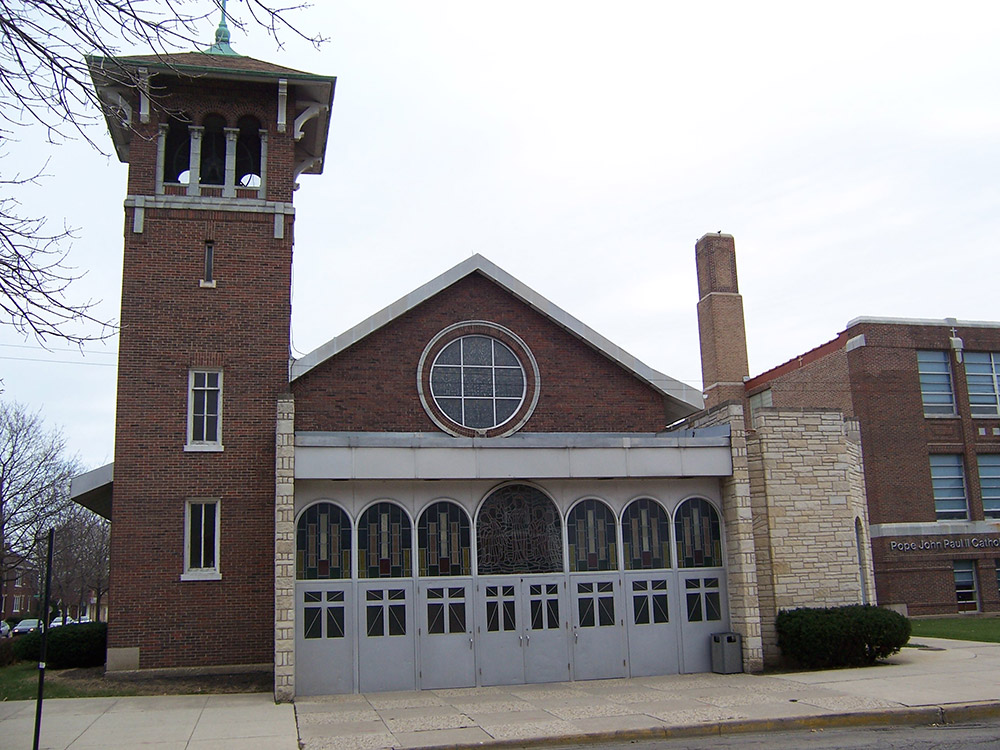 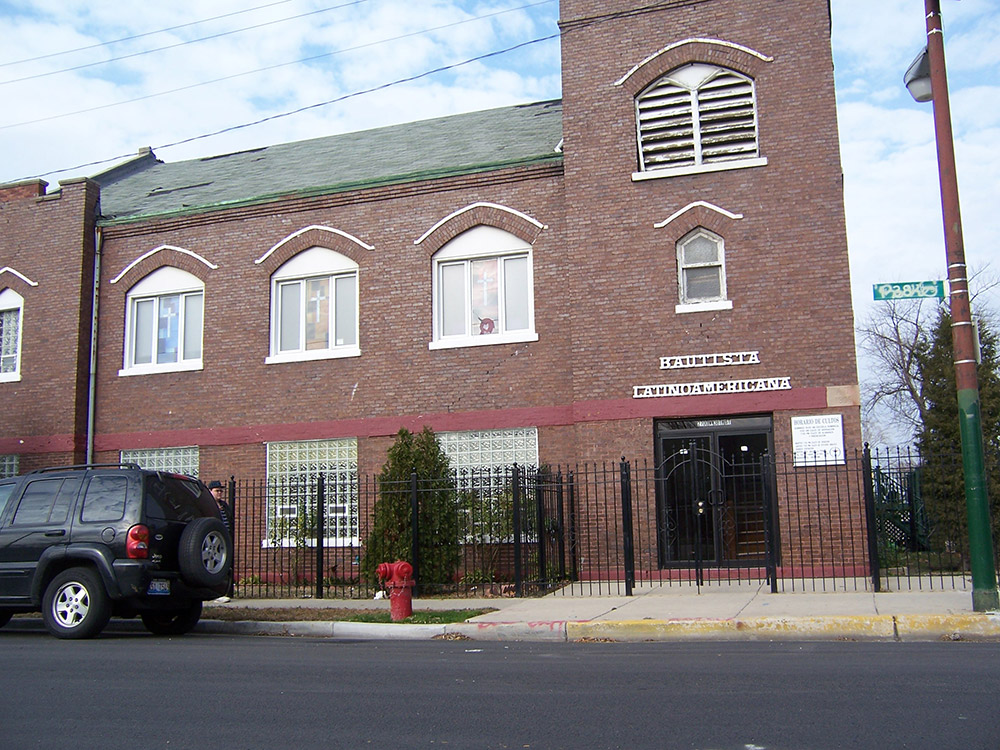 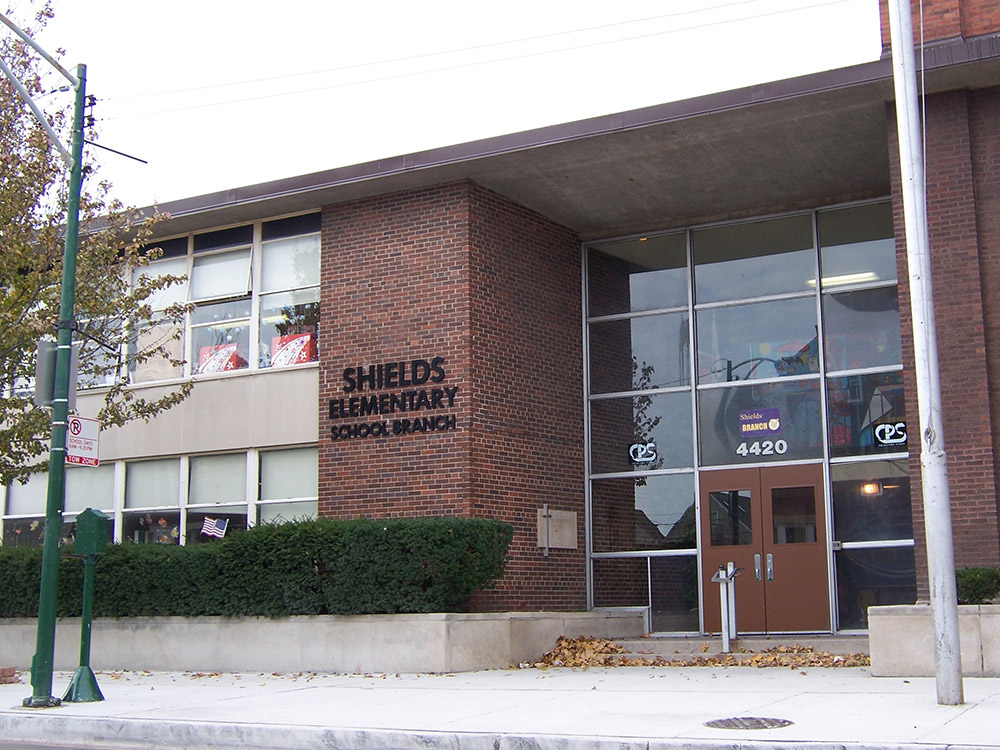 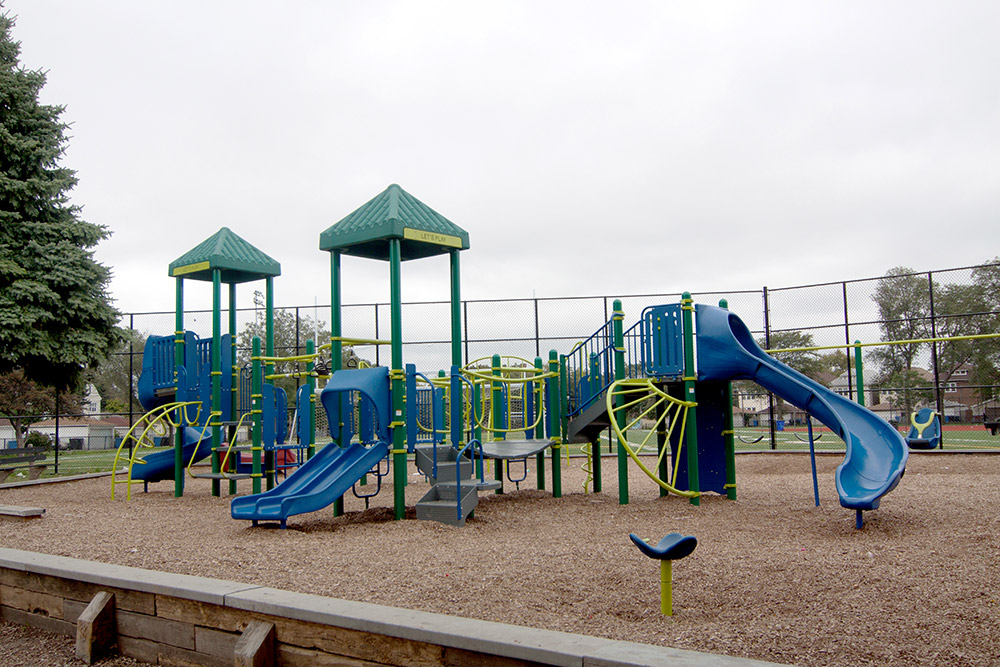 Schools In The Brighton Park Area

See grade levels, address, and scores for schools in the Brighton Park area.