Vittum Park is a part of Garfield Ridge.

Emerging as a result from the aviation industry surrounding Midway Airport, this southwest Chicago neighborhood offers lovely bungalow-style housing and peaceful residential streets ideal for families just starting out and folks transitioning to the city. Vittum Park holds a very diverse culture in its small reaches on the outer boundaries of the city limits. Narrow lots, sidewalk-sliced lawns and long blocks conform to the typical grid pattern of Chicago neighborhoods. A sizeable community park is where Vittum Parkers convene to play a pickup game of baseball, hit the tennis ball around, and stretch the legs on the short walking trail. Inside the onsite fieldhouse, neighborhood children are welcome to participate in sports programs and recreational activities that include day camps and martial arts classes. Go ahead and work up an appetite because Vittum Park boasts a mini-selection of Mexican taquerias, American restaurants and casual bars to satiate your hunger – or thirst.

A subdivision of the southwest side’s Garfield Ridge neighborhood, Vittum Park maintains a charming balance between suburb and city.

During the 19th century, speculators and farmers alike purchased tracks of land in the area, but the soggy prairies of this rural landscape proved difficult to cultivate, and most people stayed only a short time. One of the area’s earliest trailblazers was William Archer, commissioner of the Illinois & Michigan Canal. In 1835, Archer bought 240 acres between present-day Archer and Harlem avenues. Of course, Archer Avenue was named after the commissioner, and is the road most of the disappointed pioneers used to leave the neighborhood after the lands proved infertile. In 1853, former Chicago mayor John Wentworth bought up the territory just east of Archer’s property. The city of Chicago began to incorporate the land a little at a time, and by 1921, the entire area of Garfield Park (which included what would later become Vittum Park) was considered part of Chicago.

The 1920s brought hoards of immigrant Poles, who were fleeing the crumbling infrastructure of their homeland, to the newly annexed neighborhood. In 1926, the opening of the Chicago Municipal Airport (later to be renamed Midway) brought jobs, a thriving economy and a big reason for people to settle down in Garfield Ridge. Of course, just a few years later the onset of the Great Depression slowed the neighborhood’s development until after the war. It was during these post-war years that the population of Garfield Ridge skyrocketed, doubling during the 1940s and tripling during the 1950s. Employees of Midway airport were building single-family homes in the west side of the neighborhood, and it was also during this time period that the small pocket of Vittum Park saw a surge in residential construction.

Named for the newly built park (established in 1947) about which the tiny enclave sprouted, Vittum Park became a desirable corner of the Garfield Ridge neighborhood. The airport itself was steadily growing to become one of the world’s largest hubs, and life couldn’t have been sweeter.

That is, until the city of Chicago realized that the pint-size airport couldn’t possibly handle more traffic, and turned its aviation eyes further north, to Orchard Field Airport/Douglass Field (present-day O’Hare), an area that had been used since the early 1940s for manufacturing military planes and storing experimental and captured aircraft. During 1955, the first commercial flights took off from the new airfield, and in 1958 an international terminal was built. Still, the new northwest side airport didn’t really begin to affect Midway’s business until 1962, when a massive expansion project instantly transformed O’Hare into the new world’s busiest airport. Within its first year, more passengers went through O’Hare than had been through New York’s Ellis Island during its entire history. Chicago’s southern airport quickly became an afterthought.

The Vittum Park neighborhood remained in something of a standstill until the 1990s, when budget airlines prompted renewed interest in Midway airport. A public rapid transit line (the CTA Orange Line 'El') was installed in the area, connecting the airport and the surrounding neighborhoods with the downtown Loop, and people once again began to move into the area. These days, Vittum Park remains a predominately middle-class neighborhood—a wonderful place to raise a family, and a great spot for aviation-industry employees to lay down roots. The community boasts a fairly diverse makeup today with a mix of Caucasians, African-Americans, Latin-Americans (predominantly of Mexican heritage), even the area’s early Polish population is still well-represented.

The Sights of Vittum Park 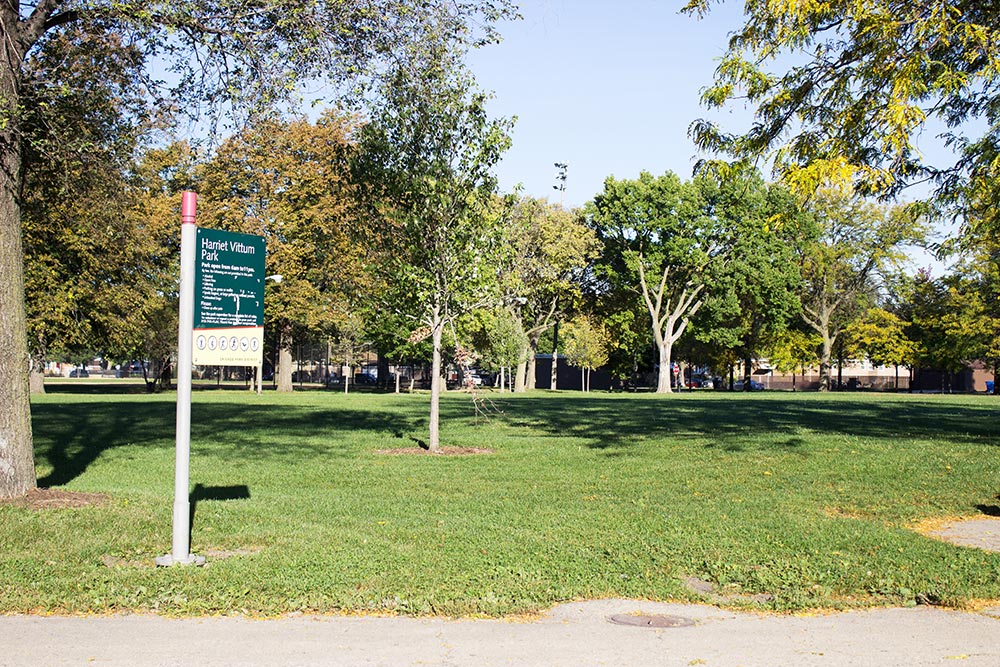 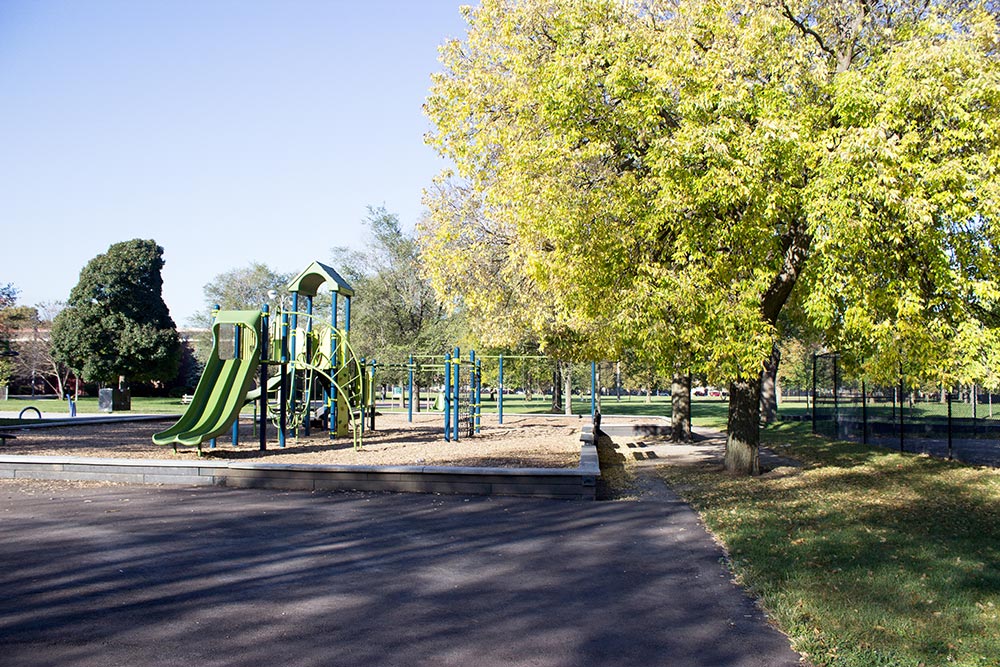 Schools In The Vittum Park Area

See grade levels, address, and scores for schools in the Vittum Park area.