A vibrant retail plaza, unique schools, solid housing stock, and close proximity to parks and universities make this neighborhood in the northwest side of Chicago a popular place to live. Peterson Park is a stable community and home to many faculty and students from nearby North Park and Northeastern universities. The collegiate air in Peterson Park is not to be outdone by the recreation opportunities, including a golf course and Little League baseball stadium. And in Peterson Park there's only one place to go for shopping and entertainment, the Lincoln Village Shopping Center, where you can peruse the latest fashions and products, and then catch the new Hollywood blockbuster at the Lincoln Village six-screen Cineplex.

The Native American Potawatomi were the original residents of what is now the Peterson Park neighborhood. The nearby resources of the Chicago River's North Branch provided fish and fresh water, making the area a desirable setting for the tribe's small villages. By the 1850s, Germans, Luxembourgers, and Swedes arrived on the scene and began farming the land along the river's banks.

Pehr Samuel Peterson left Sweden in 1850 and settled in the Chicago area in 1854. A pioneering horticulturalist, Peterson started a landscape nursery and acquired more than 500 acres of property just north of the city. Soon, his prospering nursery was providing trees to beautify many of the city's parks and neighborhoods. After Peterson's death in 1903, his family donated a large tract of land to the city, part of which eventually became Peterson Park Grounds, which lies just south of the neighborhood's boundaries. The enterprising horticulturalist would probably take pride in the fact that his legacy lives on, not only in the title of the park itself, but also in the name of the neighborhood and Peterson Avenue.

Throughout the latter 1800s, the area that is now Peterson Park saw little change, remaining primarily farmland. Near the turn of the century, however, North Park College was established about one mile south of the neighborhood, and developers began subdividing surrounding area for housing.

The population grew quickly from 1910 to 1930, when new bungalows and two-flats were constructed and industry formed along a stretch of Peterson Avenue. The populace continued to climb during and after World War II. To meet the demands of the growing numbers of consumers in the community, the Chicago area's first modern shopping centerâ€”Lincoln Villageâ€”was built near the intersection of Peterson and Lincoln avenues in 1952. After a period of decline in the 1970s and 1980s, the center has been revitalized with a variety of new stores, a new movie theater, and an abundance of parking spaces.

Today, the Peterson Park neighborhood is a stable community, home to faculty, staff, and students of nearby North Park University and Northeastern University (both just south of the neighborhood's boundaries), as well as families from all walks of life.

The Sights of Peterson Park 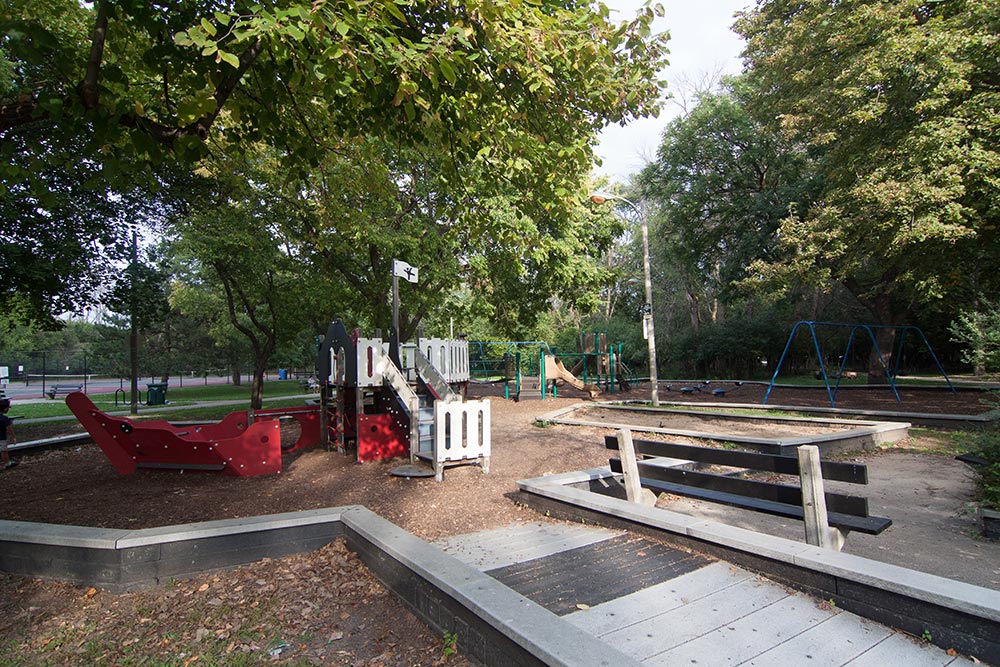