A quiet, chic urban area with zero pretentiousness, Printers Row has seen new lofts, condos, bars, restaurants and shops pop up over the years, yet nothing seems to take away from the literary vibe that was and will always beat the heart of this historic Chicago neighborhood. As you might imagine, book dealers are abundant in this section of town. Rare works, university texts, literary classics and everything in between can be found at these long-established storefronts that epitomize the underlying foothold of Printers Row. Each year, shop owners and residents take it up a notch when the annual book fair closes off the neighborhood streets to welcome booksellers, small presses and literary organizations from across the country.

Chicago's Printers Row neighborhood has a long and storied history. As the old Dearborn Station is the most eye-catching of all the Chicago real estate in Printers Row, we'll start there. Back in the late 1800s and early 1900s, Dearborn Station was the main departure spot for trains headed west, and it was not uncommon to see celebrities milling about the station as they waited for one of the daily departures to Los Angeles. But for many of the neighborhood's first inhabitants, Dearborn Station was much more than just a vantage point for star spotting. It's where many stories began for countless Chicago families, as the depot was also a primary arrival hub for scores of immigrants. The station was converted into a mixed-use commercial and retail space in the 1980s, but the outside looks exactly the same, bringing a dose of the past to present-day Printers Row neighborhood.

It's a little-known fact that Printers Row actually experienced a dismal period. Immediately following the Chicago Fire in 1871, this neighborhood became Chicago's own 'Red Light District,' branded by locals as the Custom House levee; it was home to crime and vice. The city cracked down, though, and in the late 19th and early 20th centuries, developers jumped on the chance to turn the tiny enclave into something habitable and desirable.

The printers moved in soon thereafter. In the late 1800s, Chicago's rapid development and locationâ€”smack-dab in the middle of the countryâ€”were helping the city earn a reputation as one of the most affordable and practical places to print. A few major names began to pop up during this period, including John Calhoun, who started the Chicago Democrat, and Rand McNally, who began their cartography dominance by printing railroad tickets and timetables, which morphed into directories, railroad guides and even a newspaper publication.

As Calhoun and Rand McNally gave Chicago a huge shot of credibility, printers and presses began to set up shop in Printers Row. Three of the largest printers existed right next door to each other on the intersection of Clark and Polk streets. M. A. Donohue & Co, R.R. Donnelly & Sons, and the Franklin Printing Company handled the majority of Chicago's printing needs, churning out magazines, trade publications, textbooks, newspapers and every other printing need under the Chicago sun.

In the 1950s and 1960s, printers found they needed single-floor offices to accommodate the new, larger presses and so the flight began. Many Chicago printers moved with their massive presses in tow to suburban digs, or went south to Indiana, Kentucky and Tennessee. For several years the stretch of Printers Row matched the rest of the South Loop, with unoccupied buildings, a lack of community, and many nomadic occupants roaming the streets.

But in the 1980s, developers began to notice the classic charm of the Printers Row neighborhood and proceeded to convert the old publishers and presses into lofts, condominiums and businesses. Thankfully, the developers recognized the historical beauty of the old buildings. While completely renovating the interiors, the exteriors have remained intact, making a stroll down Printers Row a stroll through Chicago's architectural history.

The Sights of Printers Row 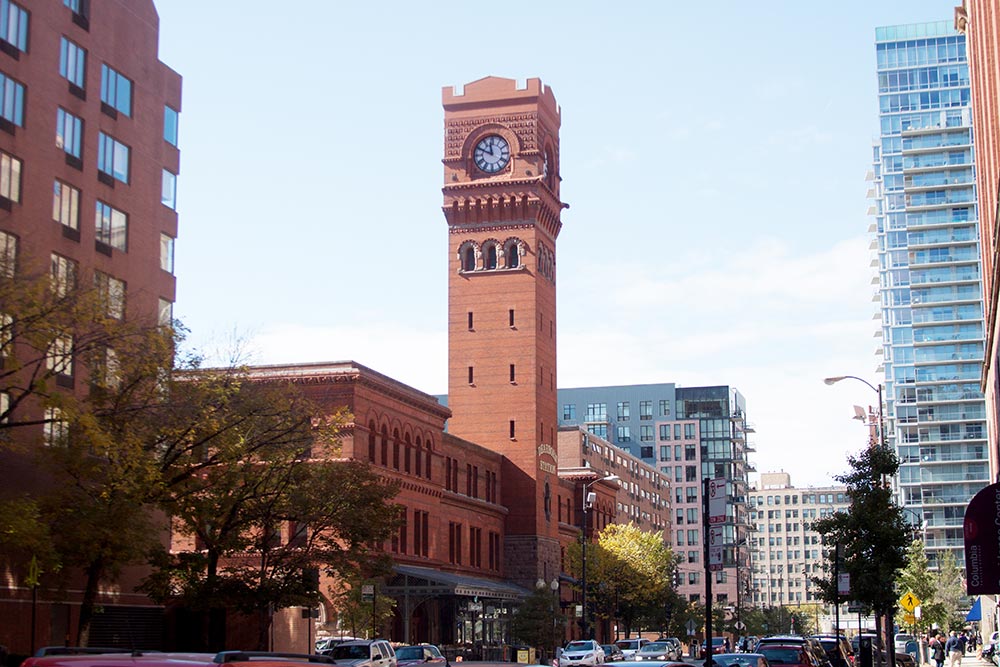 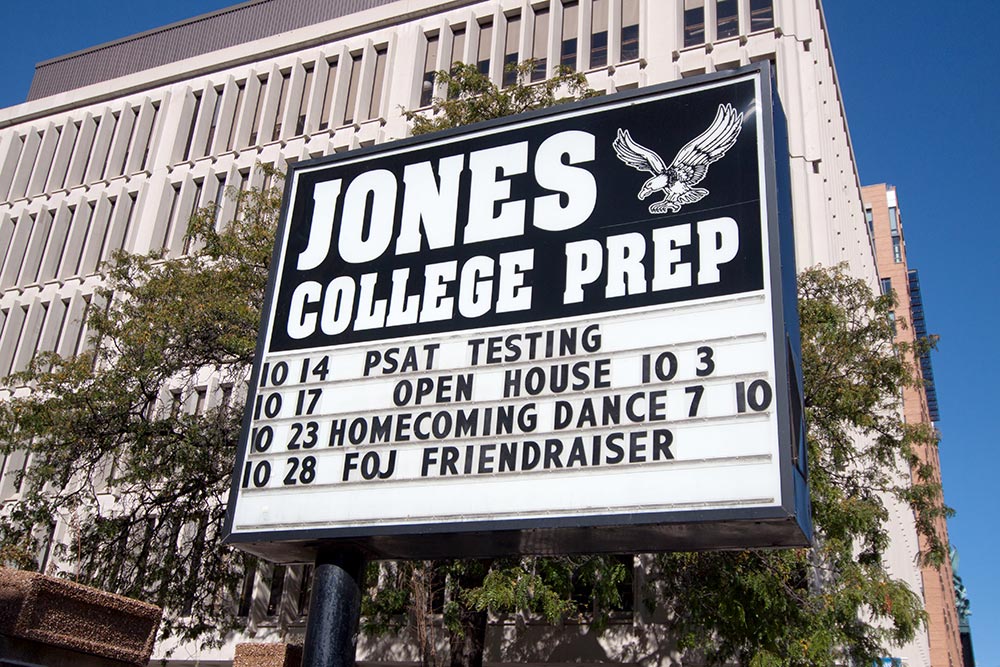 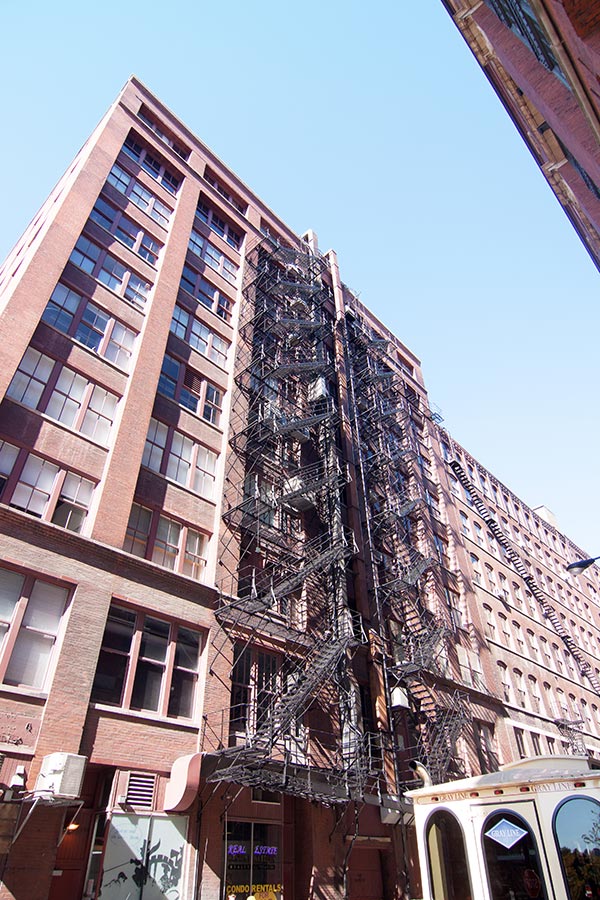 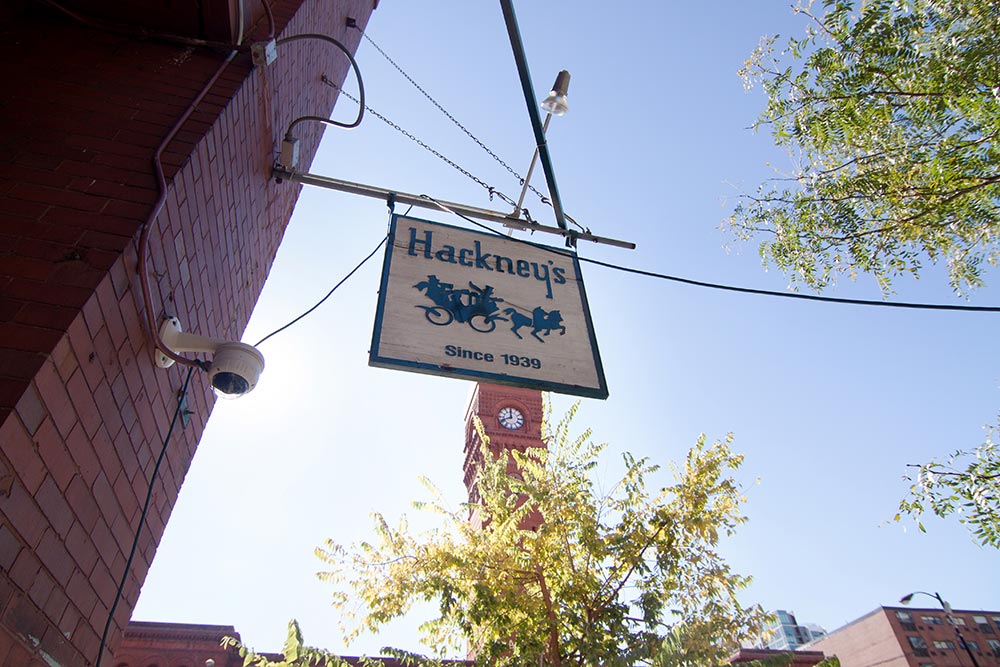 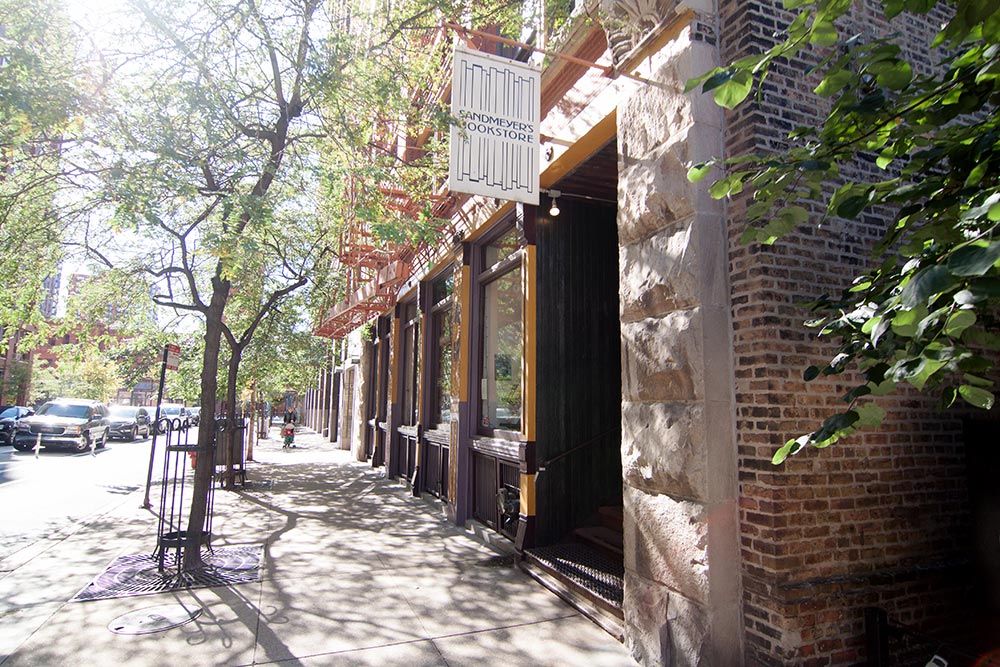 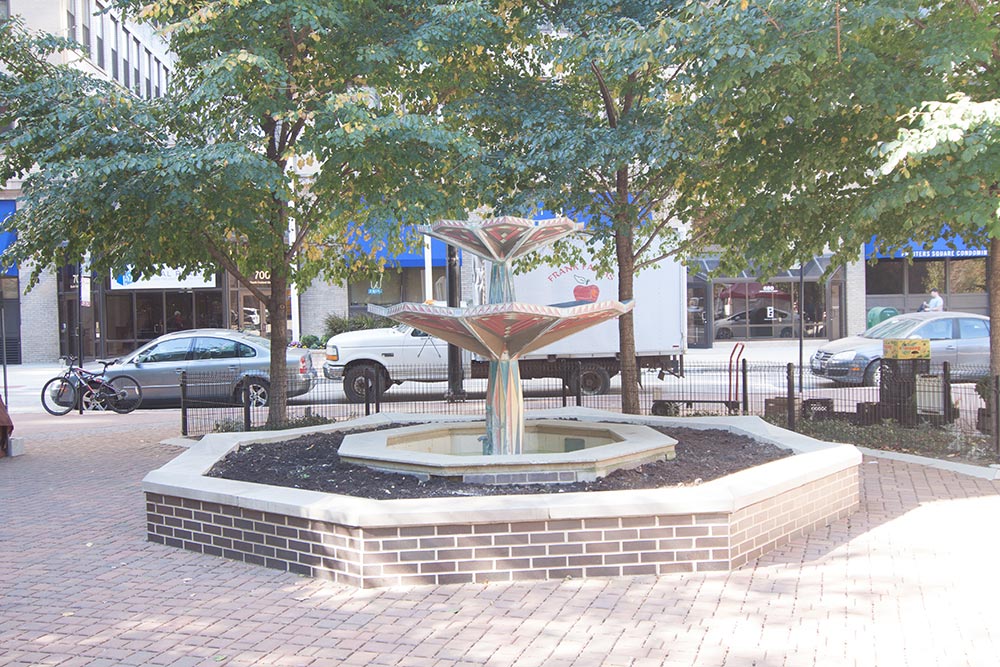 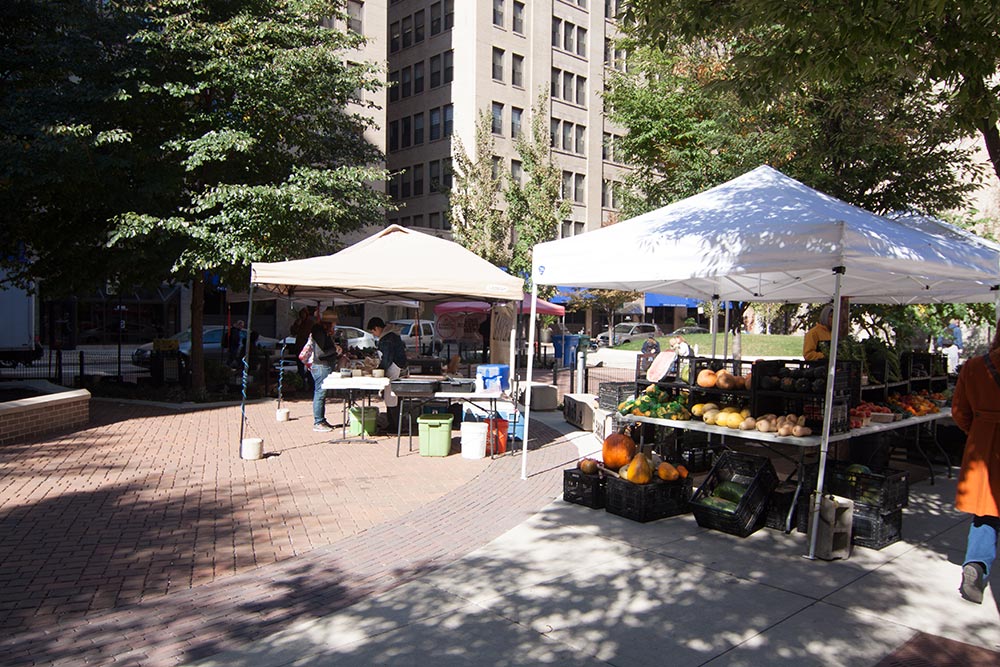 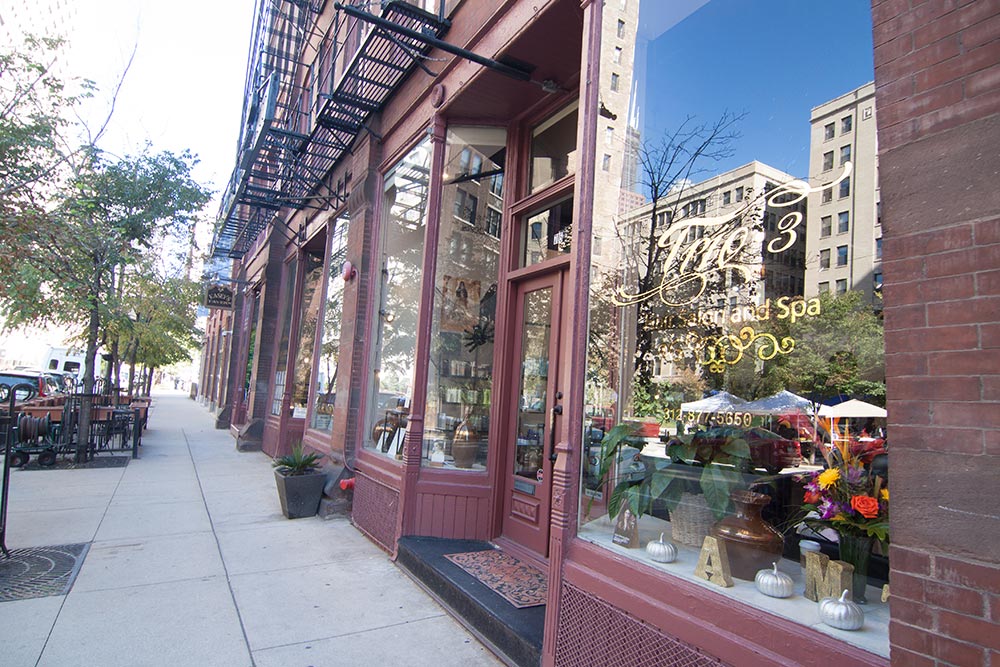 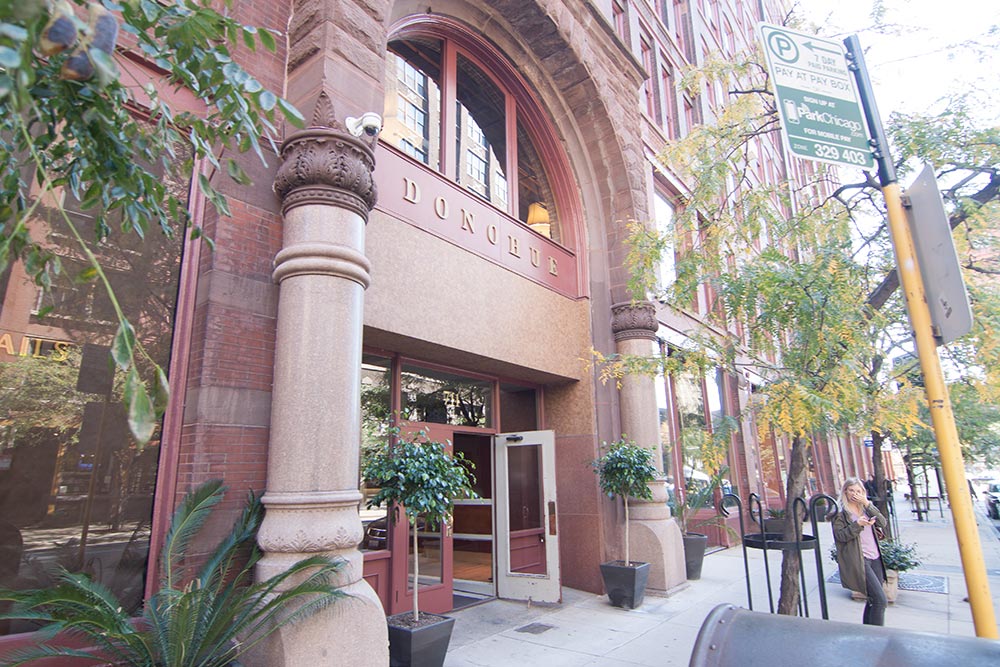