Located just a mile west of Chicago's downtown Loop in the up-and-coming West Loop neighborhood, this beautifully-constructed condo development has been around since 1999 and offers all the modern amenities you need to live in comfort and style in the big city. It houses 100 separate units with assigned/deeded parking to accommodate residents who own their own vehicles. In addition to the well-maintained craftsmanship of the building, this West Loop dwelling offers several different layouts with varying numbers of bedrooms and unit size.

On average, the residences in this building provide 816 square feet of living space. The choice of floorplans include anywhere from 1 to 2 bedrooms, which can range in area from 132 square feet to 180 square feet. But home isn't only about where you lay your head at night-the rest of the place is just as essential when looking for that perfect abode. The cook in the household will find the kitchens here are divine, covering 106 square feet of the entire unit. That's enough room to whip up a delicious five-course meal for the occasional dinner party, which can be hosted in the 316 square-foot dining room. And what would a get-together be without a bit of mingling before sitting down to eat? Good thing there's a large 399 square-foot living room to let your guests roam around, and not even have to worry about bumping elbows.

In addition to the unit basics, you'd probably like to know some of the figures behind the fundamentals-more specifically, what's a place like this in the West Loop neighborhood of Chicago going to cost? Of course, the numbers change depending on the particular unit, but the lowest listing price in the building is $234,900 and the average is $240,780. The latest 1-bedroom place to sell went for $235,000 in June of 2007. Now, on top of the asking price, it's important to think about the added expenses residents need to pay in taxes every year. For property in this building, the taxes generally cost $2,720 annually, so factor that in when calculating that mortgage rate. 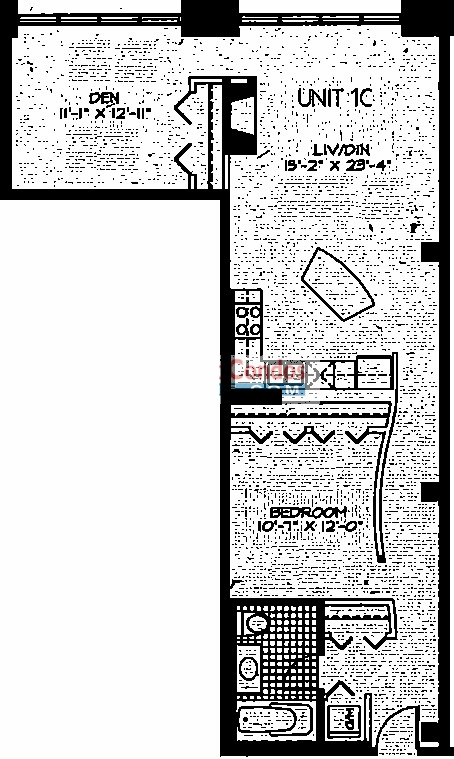 Schools In The West Loop Area

See grade levels, address, and scores for schools in the West Loop area.