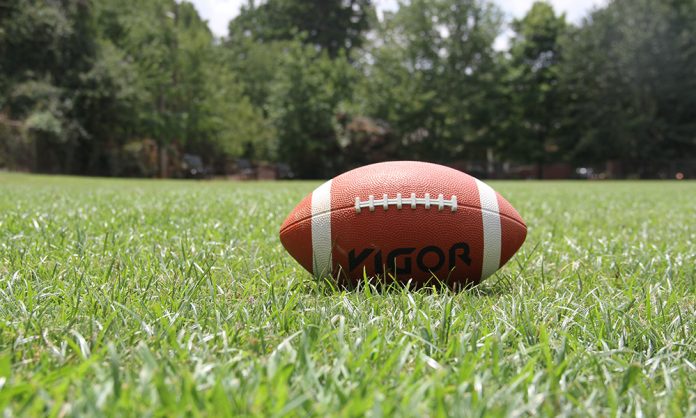 Ever wonder where your favorite Chicago athletes live when they’re not on the court, the field or the ice? Is there a certain area of the city or ‘burbs they gravitate towards? Let’s talk a look at where some of our Chicago Bears hibernate during any given weekday.

Love him or hate him, quarterback Jay Cutler, who recently signed a seven year $126.7 million dollar contract extending his stay in Chicago through the 2020 season, lives a very good life. He and wife, Kristin Cavallari, rent a gigantic 8,200 square foot mansion in the northern suburb of Winnetka.

The couple signed the lease on the home in January of last year, agreeing to pay the $10,000 a month price tag to live in luxury while being close to the Bears training facility at Halas Hall in Lake Forest. The mansion, which sits on a ¾ acre lot, features nine rooms and covers 6,718 square feet of space according to Realtor.com.

The mansion features a gourmet eat-in kitchen with Carrara marble counters, an adjoining room with fireplace, a wood paneled library and a fully finished basement. Perhaps most striking is the main staircase that leads down to beautiful marble floors.

The home is quite the step up for the Cutlers. Before marrying Cavallari in 2013, Cutler lived in a high-rise on the Near North Side where he paid $6,100 a month for a 2,000-square-foot condo. With Cutler’s future with the Bears solidified for the next couple years at least, one wonders if the quarterback will continue to rent or purchase a home for his family.

Longtime fan favorite and winner of this year’s NFL Man of the Year award, Charles Tillman resides with his family in Libertyville. The cornerback owns a 5 bedroom, 5.5 baths, 4,722 square foot home that he purchased for $1,249,500 in 2007, according to Zillow. Built in 2006, the house features 10 foot ceilings on the first floor and a 2-story cathedral ceiling in the family room. The kitchen includes an island with a huge pantry while the master bedroom boasts a fireplace and screened porch. The lower floor contains a rec room, home theater, exercise room and fireplace.

Head Coach Marc Trestman, 57, showed he knows how to get the most out of his offense this season. Defense? Not so much. However, the coach will have plenty of time to mull over improving the Bears defense while watching tape at his 3,150 square-foot Winnetka home.

Trestman dropped $2.94 million for the suburban mansion according to the Chicago Tribune. The French-Provincial-style home has six bedrooms, seven bathrooms, a cherry-wood-lined library, home movie theater and a glass wine cellar (which was probably used often on Sunday nights during the past season for reasons good and bad).

Perhaps the most interesting aspect of the home, as revealed at sportsgrid.com, is the full sized basketball court, adorned with the Chicago Bulls logo. Perhaps Trestman is trying to earn brownie points with Bulls owner Jerry Reinsdorf just in case this whole coaching football thing doesn’t work out. When it comes to a coach’s job stability in professional sports, it’s never too early to keep an eye on the job openings.

Running back Matt Forte owns a five-bedroom, French Normandy-style home in Mettawa reports the Chicago Tribune. Forte, who the Bears drafted in 2008, paid $1.47 million for the 6,062-square-foot home, which sits on nearly 5 acres. Built in 2005 and purchased by Forte last year, the home features 5 bedrooms, 6.5 baths and a total of four fireplaces. A fully equipped bar, media room and expansive man cave make up the marble-floored lower level. The home also features rosewood hardwood floors, millwork, custom cabinetry and a four-car garage.

Awesome kick returner but not so awesome wide receiver Devin Hester has a home for sale if you’re interested. Listed at just under $2 million dollars, the Riverwoods mansion features 10,000 square feet including 7 bedrooms, 7 full and 3 half baths on a 2.5 acre lot according to Realtor.com.

Hester paid $2.2 million for the home in 2008. The lot includes a tennis court, hot tub, patio, and outside kitchen. The dining room combines with the living room creating a wide open floor plan perfect for running back long kick returns to the obligatory man cave downstairs that features a wet bar, game room, club room and theater.

This is your chance to live in Chicago Bears luxury! For the rest of us, we’ll just sit back and admire from the distance.

Check out our article on the Chicago Bulls here and the Blackhawks here.

5 Things to do this Weekend: Jan 7

Design A Dream Closet in Your Chicago Home

Are There Tax Incentives for Green Homes?