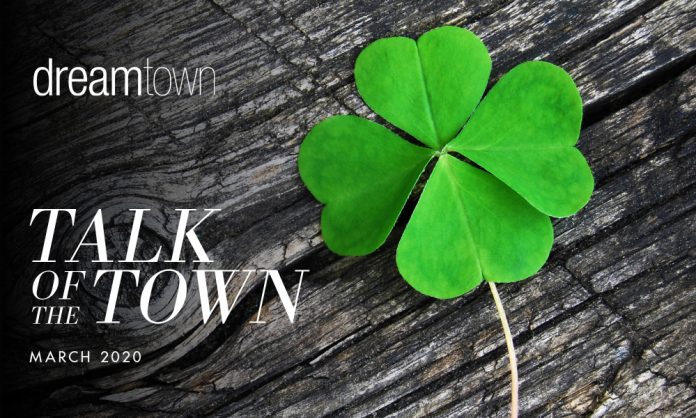 Looking for a little extra luck? This month we’re getting to know some of the world’s luckiest people, traveling to faraway locales bursting with good fortune, and exploring incredible superstitions from across the globe.

Keep Luck On Your Side

Bursting with good fortune, each of these spots offers visitors a chance to ensure Lady Luck is always on their side.

Can You Believe It?

From happening upon world-altering inventions to surviving some seriously hairy situations, these historical figures prove that some people just have all the luck!

Teddy Roosevelt
The former U.S. President had a reputation for being a stubborn fighter. So stubborn, in fact, he survived an up-close assassination attempt in 1912. The bullet was lodged in Roosevelt’s rib, slowed by a 50-page speech and an eyeglass case tucked in his pocket. Roosevelt refused medical attention, and went on to give his campaign speech famously saying, “It takes more than that to kill a bull moose.”

Roy Sullivan
Did you know that the odds of being struck by lightning in your lifetime are 1 in 12,000? These odds came as little comfort to park ranger Roy Sullivan, who survived seven lightning strikes over the course of 35 years.

Charles XIV John of Sweden
Born the son of a French lawyer in 1763, Jean-Baptiste Bernadotte went on to become King of Sweden—mostly because he was a nice guy. Bernadotte had a lengthy military career, and gained respect from adversaries and troops alike. In 1810, a childless King Charles XIII led Sweden to conduct a search for an heir, settling on Bernadotte due primarily to his kindness and the restraint shown to Swedish soldiers during his military career.

Harrison Ford
This Hollywood legend landed a lifetime of luck during his younger years, spurring his acting career. Ford had an acting contract with Columbia and Universal studios, but was primarily working as a carpenter when he helped George Lucas audition actors for principal parts. He had no idea he was being considered for the role of Han Solo, a part that would launch his career.

Joan Ginther
Often called the “luckiest woman in the world,” this Texan mathematician has won multimillion-dollar jackpots four times! She’s raked in $20 million, but due to her background in statistics many believe she’s not lucky at all, she just knows how to play the odds.

Constantin Fahlberg
This chemist secured himself a sweet spot in history, completely by accident. While he takes much of the credit for creating artificial sweeteners, Fahlberg wasn’t the first scientist to discover saccharin—but he was the first chemist to realize that saccharin was a sweet and edible chemistry accident. Legend has it that after working in his lab, Fahlberg ate a roll and noticed that it tasted sweet due to the saccharin residue on his hand. His patents for mass-produced artificial sweetener would go on to revolutionize the food industry.

You may not believe in them, but these strange superstitions from around the world will definitely surprise you!

3 Easy Ways to Improve Life in Your Chicago Home

Closing Costs: What Can You Expect

December is a great time of year to buy a home