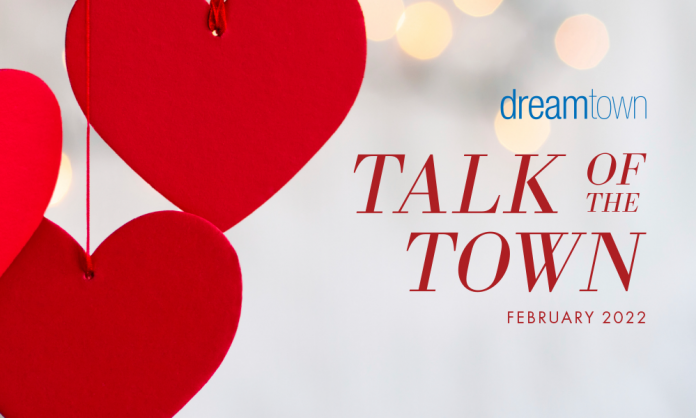 As we are all deep in the throes of winter, we decided to heat things up this month – starting with a look at some of the most epic love stories from history. Then we’ll explore a few romantic weekend getaways and some of our favorite love-themed books and movies that you can enjoy at home.

Love Through The Ages

One of humankind’s most powerful emotions, a great love can launch wars, inspire art, and withstand the test of time. From the ancient world to the 21st century, here are some of the most captivating love stories from history.

Helen and Paris: Born in the pages of Homer’s Iliad, the illicit love affair that launched the Trojan War has never lost its fascination. As historian Bettany Hughes writes, Helen, “offers a glimpse of actual women in Europe and Asia who enjoyed status and standing and agency. When women were generally written out of history, Helen of Troy was written in… Helen might not be real—but she never loses her relevance.”

John and Abigail Adams: With more than 1,000 surviving letters, historians know much about the Adams’ enduring relationship as friends, lovers, trusted advisers, and husband and wife. Indeed their 50-year marriage witnessed revolution, war, scandal, diplomatic crises—and the birth of our nation.

Alice B. Toklas and Gertrude Stein: This 40-year love affair between the avant-garde writer and her constant companion and assistant encompassed some of the 20th century’s most momentous events, from World War I when they delivered hospital supplies for the American Fund for the French Wounded to their famous post-war Parisian literary salon that drew the likes of Hemingway, Fitzgerald and Eliot.

Camille Doncieux and Claude Monet: Portrayed in La Femme à La Robe Verte, one of Monet’s first paintings to bring him acclaim, Camille was the artist’s first wife—and the great love of his life. Muse, mother to their two sons and captured in several of his most beloved paintings, Camille was married to Claude for 9 years until her death in 1879.

Tennessee Williams and Frank Merlo: The celebrated playwright had already written The Glass Menagerie when he met the handsome actor from New Jersey at a Provincetown bar in 1947. During their 14-year romance, Williams penned some of his greatest Broadway hits including A Streetcar Named Desire and Cat on a Hot Tin Roof.

Earvin “Magic” Johnson and Earlitha “Cookie” Kelly: Sweethearts since their college days and married now for 31 years, this celebrity couple has seen their highs and lows, including the 1991 press conference when the basketball star disclosed that he was HIV positive—with Cookie steadfastly by his side. That event did much to reduce the stigma around HIV and the couple has since continued their work as public health advocates.

More Than a Love Shack

From winter to summer and forest to countryside, here are some enchanting Midwest destinations that offer style, romance, and maybe even a bit of adventure!

The American Club: Just 2.5 hours north of Chicago, this posh hotel is set in a 1918 Tudor landmark that once housed immigrant workers at the Kohler Corporation. Today, guests can enjoy fine dining, pampering spa treatments, and a variety of indoor and outdoor activities. destinationkohler.com

Inn & Spa at Cedar Falls: Surrounded by the woods and forests of Hocking Hills State Park in central Ohio, this unique property offers a variety of accommodations from luxury log cabins and modern geodomes to Pacific-style yurts and cozy romantic cottages. innatcedarfalls.com

Governor’s Mansion Inn: This handsome Madison landmark was home to 17 Wisconsin governors from 1885 to 1950. With its sense of history finely preserved, including the original cast-iron Kohler bathtubs that the eponymous governor installed, it is now an elegant 8-room boutique hotel. governorsmansioninn.com

On Page and Screen

Cuddle up at home with some of our favorite books and films about love.

READ: Where the Red Fern Grows
Capturing the unbreakable bond between a boy and his two dogs, this 1961 classic by Wilson Rawls has captured the hearts of generations of young readers.

WATCH: The Half Of It
Written and directed by Alice Wu, this 2020 coming-of-age film centers on high school student Ellie Chu and the boy who solicits her help to win over a fellow classmate. Their friendship gets complicated when Ellie develops feelings for the same girl. Streaming on Netflix.

READ: Lonesome Dove
Larry McMurtry’s Pulitzer Prize-winning classic is, of course, an epic adventure novel of the American West. It’s also story about love in its many iterations, from the ill-fated and unrequited to the abiding friendship between the two former Texas Rangers at the heart of the tale.

WATCH: Beginners
Christopher Plummer won an Oscar for his portrayal of a 75-year-old man who comes out of the closet to live an energetic, fully-realized gay life. The story is told from the perspective of his son who himself is learning to love with the honesty, bravery and hope that his father taught him. Available on Amazon Prime.

5 Things to do this Weekend: September 3 – September 5

5 Things to do this Weekend: October 7