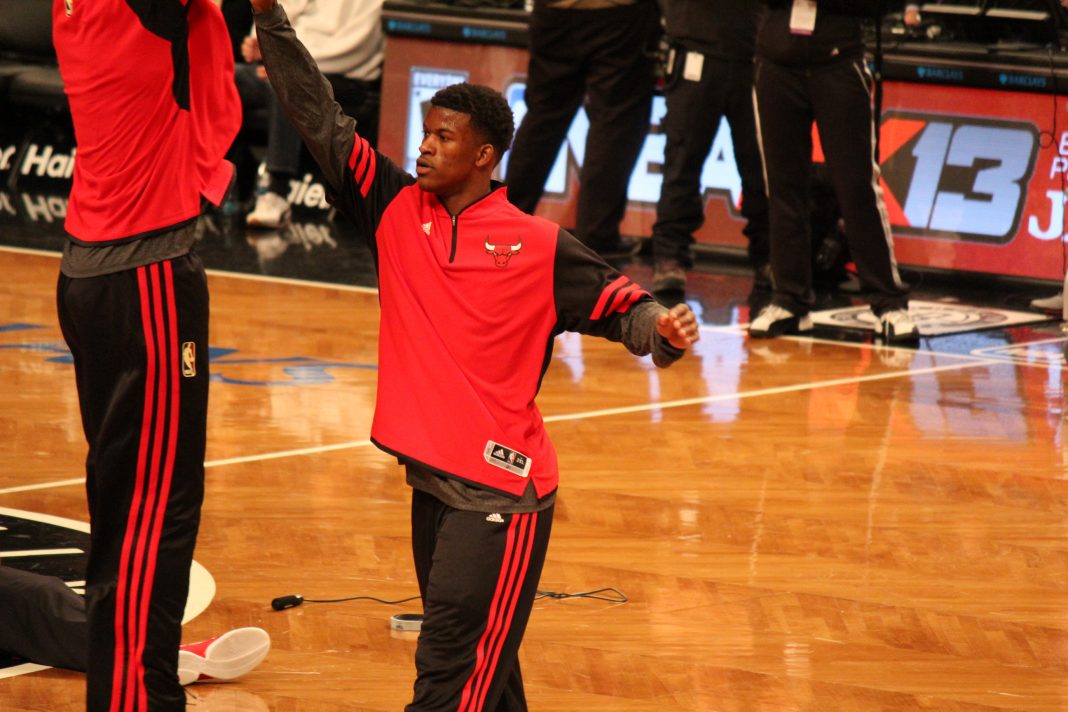 Former Chicago Bulls guard and forward Jimmy Butler, who sold his six-bedroom, 10,000-square-foot mansion in River North late last year for $4.2 million, has not severed his real-estate ties with Chicago.

Instead, Butler, whom the Bulls traded to the Minnesota Timberwolves last summer, recently bought the second of two $1 million-plus loft condominium units that he has purchased in a 41-unit, recently built River North building. And now, Butler has listed one of the two units, a three-bedroom unit on the fifth floor, for $1.45 million.

Through a Delaware limited liability company, Butler paid $1.199 million in February to buy a first-floor unit in the building, which he plans to keep, said the agent who represented him in both deals, Colin Hebson of Dream Town Realty.

Then, in late April, Butler used that same Delaware LLC to pay $1.239 million for the fifth-floor unit. However, now, Butler has listed that fifth-floor condo for $1.45 million.

Although Butler is not a Chicago native and no longer plays for the Bulls, he really likes the building, Hebson said.

“I think he likes the exposed brick, the high ceilings, and the privacy — it’s only 41 units in the building,” Hebson said. “It’s a high-end building. It’s kind of rare to have that in River North.”

The 1,663-square-foot, fifth-floor unit came on the market two weeks ago and has two bathrooms, hardwood floors, custom Italian cabinets and a private elevator entrance.

Dympna Fay-Hart Offers Insights on Helping the Most Vulnerable Clients