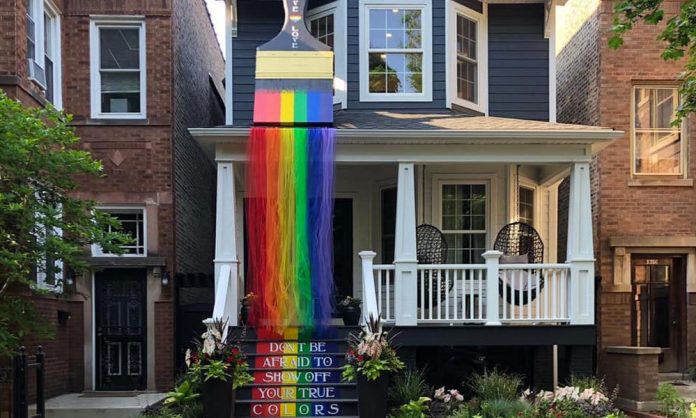 With an extraordinary Pride-themed display that has transformed their Andersonville home, Dream Town clients Jesse Campbell and Nicholas Vazquez are making headlines and drawing visitors to their Andersonville home. It started with what they thought would be a simple idea to celebrate Pride Month for their 16-month-old-son, Rocco. 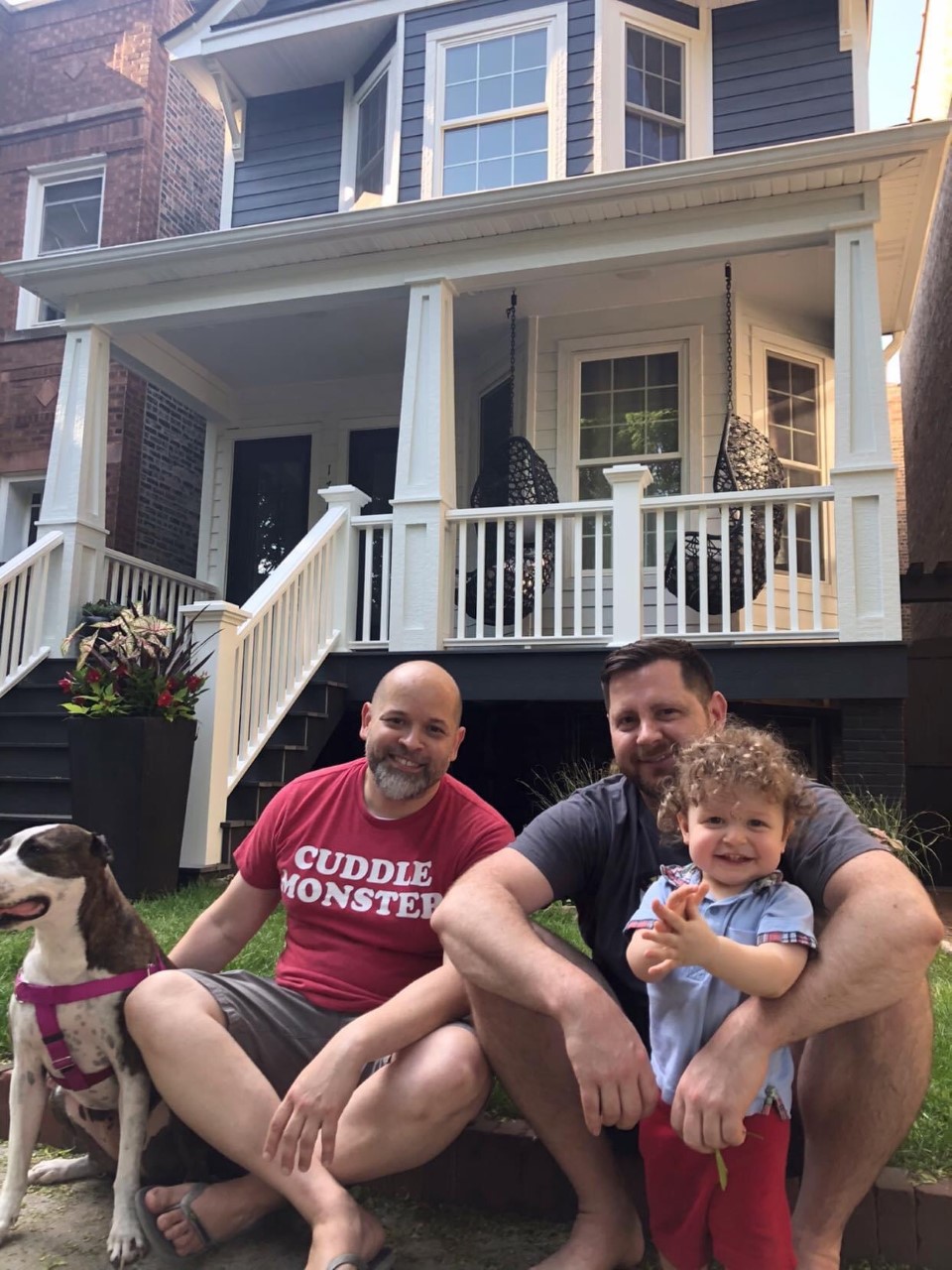 Inspired by a quote he heard, “Don’t be afraid to show your true colors,” Jesse, an interior designer, came up with the idea of building a display around a giant paintbrush. Fast forward a few weeks, and their eye-catching display was finished—with a giant Styrofoam paintbrush dripping a rainbow-hued path of color all the way down the front of the home, along the front porch steps and onto the sidewalk, hand painted by Nicholas. 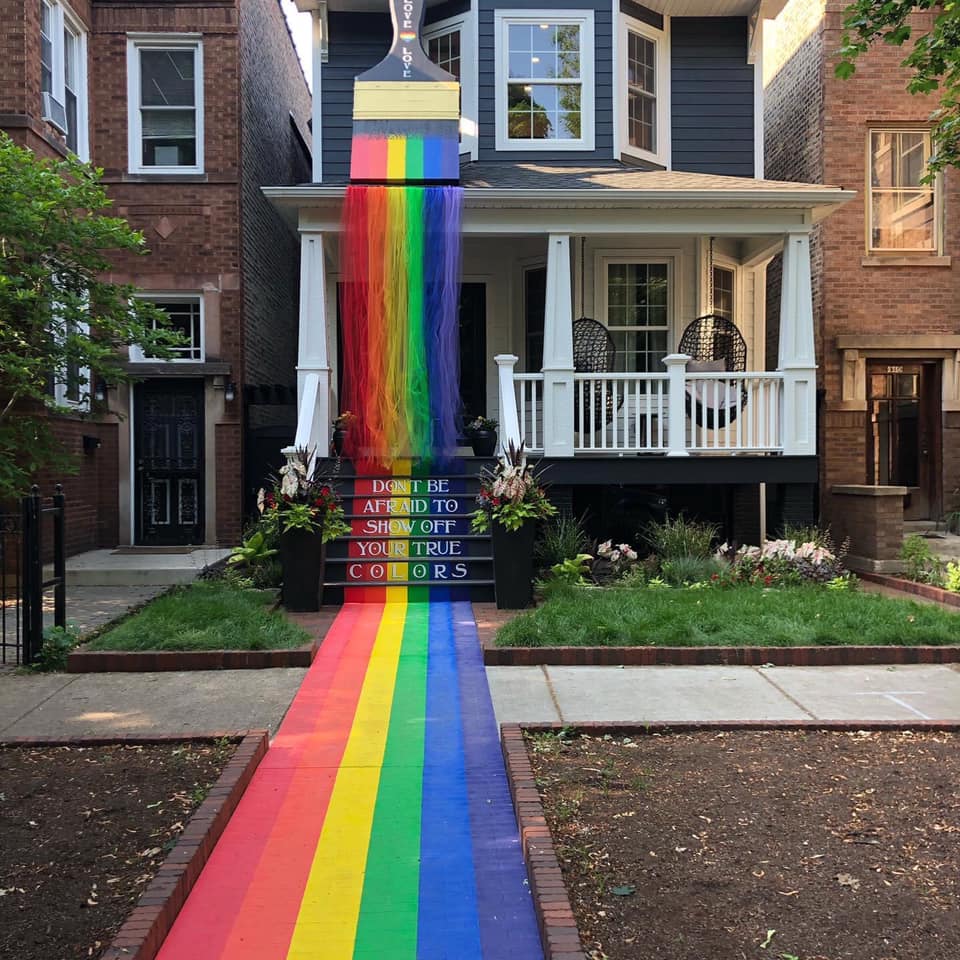 Garnering incredible attention—from social media posts and friendly neighborhood banter to mainstream media coverage including Fox 32 and NBC Chicago—Campbell and Vazquez are especially gratified that their Pride display has become a teachable moment. Now it’s not unusual for them to overhear families pausing on the sidewalk in front of their home to explain the rainbow motif to their children and to share lessons about inclusion, equality, respect and acceptance.

Spurred by the unexpected number of folks who come from near and far to see their home, the family has taken the extra step to add a charitable component, installing lawn signs with QR codes so people can donate directly to the Trevor Project. Near and dear to their hearts, this lauded nonprofit organization focuses on suicide prevention among LGBTQ youth. Jesse and Nicholas have also set up a Facebook fundraiser that has raised more than $7,000 as of June 16!

You can see their display on the 1700 block of West Balmoral Avenue until the end of June and contribute to the Trevor Project via their Facebook Fundraiser.

Breathe New Life Into Your Home this Spring

Design A Dream Closet in Your Chicago Home