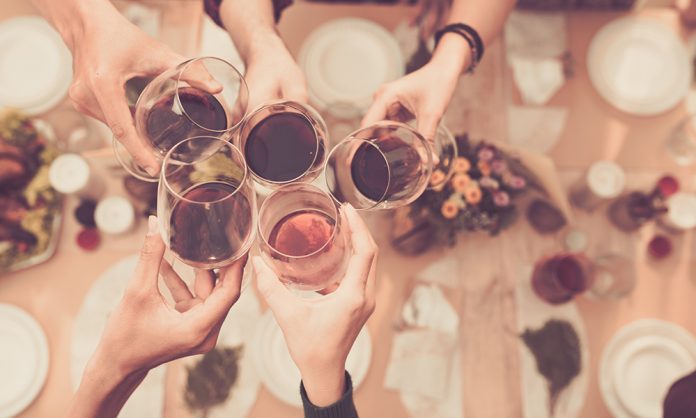 With the news that GQ has named Chicago as the best drinking city in America, it got us thinking: What are the coolest places in the city to meet up with some friends and take a load off? Let’s take a look at just a few of the many standout places we love to grab a drink in the city.

The Green Mill: Everyone knows that sweet home Chicago is the birthplace of the blues, but its jazz history is nothing to overlook. The Green Mill in Uptown is a longtime favorite for those seeking gin and jazz. This jazz spot opened its doors way back in 1907 and the name is inspired by the Moulin Rouge in Paris (which translates to Red Mill).

A longtime favorite of mobsters like Al Capone and Hollywood stars like Charlie Chaplin, the Green Mill has survived Prohibition and endless trends to remain the epitome of what a jazz club should be. In fact, aficionados of Chicago’s mob history love to have a drink while sitting in Capone’s favorite booth, which gave clear views of the front and back entrances.  For anyone looking for a unique Chicago jazz bar experience, this Uptown neighborhood treasure is a must whether you’re just visiting or a lifelong resident.

The Billy Goat Tavern: Immortalized in John Belushi’s famous SNL skit and the favorite stomping ground of columnist Mike Royko, the Billy Goat Tavern in River North is a Chicago classic. Serving up cheeseburgers (or rather cheezborgers) and beer, the place itself will never be classified as a trendy nightclub. However, this bar, located on Michigan Avenue underneath the Chicago Tribune Building, is the place to go to take in Chicago’s history while enjoying a shot and a beer.

And let’s not forget the Curse of the Billy Goat in which original owner William Sianis and his pet goat were denied entrance into a Cubs game resulting in Sianis placing a curse on the team to never reach the World Series. So far that curse has proven true.

The Violet Hour: For your cocktail fix, look no further than the Violet Hour. This Wicker Park speakeasy is hard to see from the street thanks to the lack of name or indication of an entrance on the building and the frequently changing, innocuous graffiti or wallpaper covering the outside wall. But the long line of patrons waiting to get in should tip you off on where to start.

Once inside, the décor is cozy and classy featuring extremely high ceilings and a dimly lit ambience, making it a perfect spot for date night.  Cocktail highlights include the Juliet and Romeo, Horseshoe and Hand Grenades, and the Violet Hour Old Fashioned. Just be sure to keep your attire on the classy side and holster those cell phones in your pocket, as they are not allowed inside.

Goose Island Brewery: Fans of 312 Urban Wheat Ale and Bourbon County Stout most likely have spent some time at the Goose Island Brewery in Lincoln Park. Craft beer aficionados will be in heaven thanks to the numerous award winning ales produced right here in Chicago.

How to Pick the Right Luxury Agent

5 Things to do this Weekend: November 11

Can you really get off rent-free in a Chicago home?